"Hi Kenny, I wanted to let you know that Dutch had to have his spleen removed, it had tumors in it, hemangiosarcoma cancer. It was hemorrhaging into his abdomen. They said the survival rate is an average of two months, he is moving slowly these days. Not sure we made a good decision for him, we just were not prepared to say goodbye the day we took him in. I thought you would want to know. He is a real trooper, still wants to go on walks even though he can't go far, and he is still hungry all the time." 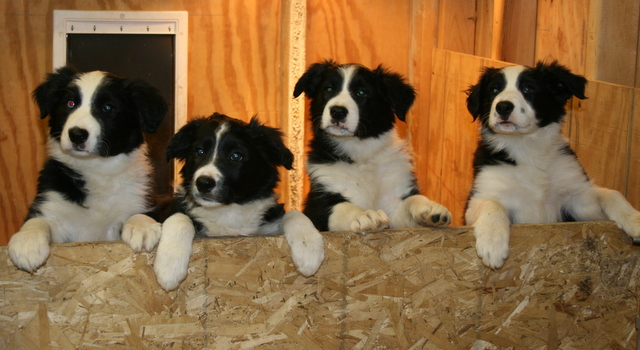 Dutch was a puppy born from Clancy and Dutchess.  He was named after his Mom and was the apple of everyone’s eye and a spitting image of his Dad Clancy in every way.  Dutch was very special to us, and because he lived in the same town as us, we saw him often.  He would visit the farm for a play day and visit us and his Mom and Dad when his human parents would go on vacation.

As time moves on, addresses chance, but the love for a dog is always there.  While we had great pups and loving homes, we now encounter a time when the families also face difficult decisions concerning the health of their beloved pets, something I never thought about.

It is a very difficult time when you lose one of your own pets when "that" time comes, but when you hear about losing one of your pups, it all comes back again.  It was standard with us when a new owner would pick up their new Border Collie, I would schedule a time for pick up and told the new owners to expect my "come to Jesus" talk.  It took nearly an hour, and I told them what to expect with their new bundle of joy.  When the session was over, and as they would be getting ready to leave and as they were getting in the car, I told them, "it might be your dog, but it will ALWAYS be one of my pups," and they are. 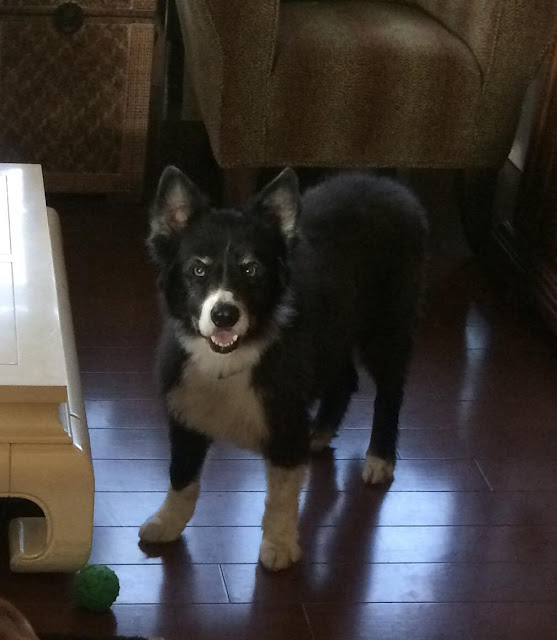 Elaine and I tried to be good and responsible when it came to our pups.  We always contacted the owners, watched their dog when needed, had play days at the farm, and even had 3 puppy reunions that lasted an entire weekend.  We did it for the dogs because we loved and cared for them.  When they were young and had been weaned, I would go to the kennel every night and get on my knees and sing to them.  All of us would come to love this, and as I put my head close to them and started, they would lick my face, and it was Heaven, truly Heaven.  Their little faces would turn from side to side, and soon, they would go to sleep.  Little did I know how bonded I was with them.

I got this last night...

"Good afternoon, I can barely write this note to you because we are so sad and heartbroken, we had to put Dutch to sleep on Wednesday, his pain medication was just not keeping him comfortable, and we could not stand to see him that way, he's a tough guy though and never let out a Yelp or whimper, he was just happy to be with us. We can't express enough gratitude for you letting us take care of him for the last 12 years and eight months. It has been our honor. Thank you and Elaine for what you do for this great breed."

Run Free Dutch, run to your dad and sit by his side, and know that soon all of your friends and humans will meet you and I will sing to you again... Dad

If I had words
Posted by Dogwood Ridge Border Collies at 7:46 AM 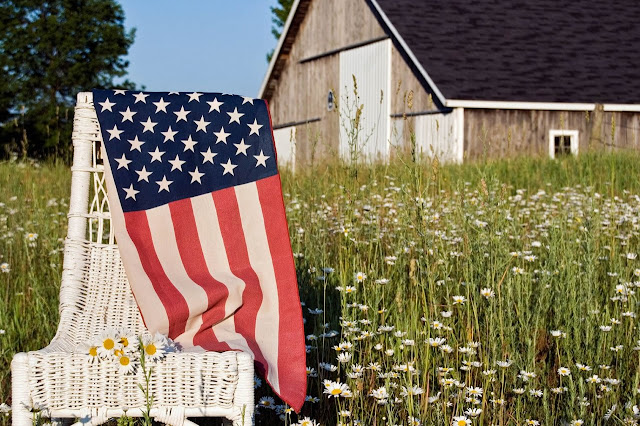 All of us will "go home" at some time, it's inevitable. I remember when I was small, we drove for what seemed like days to visit my Mom's family in the country for "Decoration Day," which today is also called Memorial Day.  It was an annual trip we took to decorate the graves of family members that had passed before us.  As kids, we had such a good time, and it was a whole weekend of fun, excitement, and things I had never seen or done before. There were 13 children in my Mom's family, of which my mother was the youngest. We were the city people of the family, everyone else lived near the homestead. Us kids would drink out of a well, ride cows and even ride on a drag on the back of a tractor through the fields and I would always get dirty throughout.

When we would visit, we would stay at Aunt Maggie's house because it was the only home that had indoor plumbing, something that I took for granted at our own home. On Sunday, after decorating the graves, we would gather at the homestead for the giant potluck/pitch-in dinner.  I remember that if we needed to go to the bathroom, we had to go to the "barn" to do our business, which as a kid, I thought that was pretty cool. All in all, it was a great weekend, and I got to see my many cousins and play in the fields and get dirty. We always brought home fresh eggs and homemade butter, something my Dad said always reminded him of his youth when he was a boy.

Several weeks ago, and with the help of Google Earth, I went back home to the farm, my Mom grew up on, and sadly, everyone had passed-on some time ago. Not knowing the address except for RR2, I scowled the location from a satellite.  Low and behold, I found it, I saw the farm, and I was thrilled. Things had changed, but my mind flashed back to when I was 12 years old. I will always remember the well that we got the water from by dropping a rusty bucket down a hole and cranking it up for some cold, clean water and going to the bathroom in the barn. When I expanded my Google Earth search, I also visited the graveyard where we went to decorate the family graves. With technology today, I was at the very spot and could even rotate my view to see the graves of my family. There is no one left to have a reunion, and it's sad, and my visit was bittersweet, but I did enjoy it and the trip down memory lane.

As I walked that long road down the driveway at home last night, I stopped and sat at the grave of my dogs and the dogs of friends, I remembered the moments in my life when they were here and young.  Life can be harsh at times, but when you remember them, remember the good times you had and the love you shared together.

As for this Memorial Day, remember to honor the men and women of our armed services who gave everything for us but remember our past pets too and the funny, cute, and loving way they loved us. Take a minute to look into your present dog's eyes, stroke their fur, and assure them that they are everything to you because someday before we know it, it may be too late, trust me, I know... Ken
Posted by Dogwood Ridge Border Collies at 7:10 AM

Yesterday, the second Saturday in May was National Dog Mom's Day, and a chorus of yips, barks, and yesterday, howls of praise for all the dog mommas was sent out!
Our dogs are our family members, whether they came into our lives unexpectedly or as carefully planned additions. We adopt them as puppies, adolescents, or fully mature animals with a bit of baggage, and yet, we find common ground, a connection, and bond like families do. They know our moods, and we know theirs. We care for them, shelter them, and share an immeasurable loyalty with them.
National Dog Mom's Day recognizes the bond women share with their fur kids. When they humor us, charm us, or even when they are naughty, they are like any other child to us. 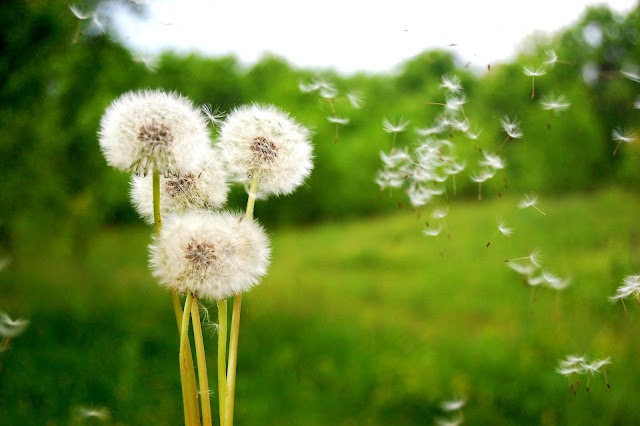 Today, we celebrate Mother's day, how fitting because sometimes I was like was pretty bad, just like my dogs at times.   Mothers day was always special in my young years. My sister always picked a beautiful bouquet of flowers from our yard for Mouther, and I usually got her a bunch of dandelions, but she always seemed to love them. 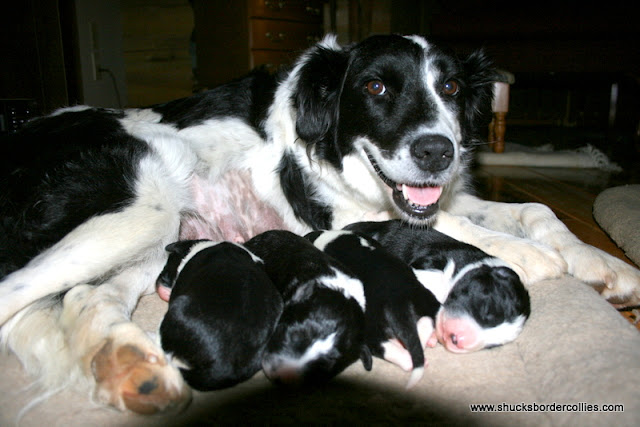 Last year I was told what we were doing for the event. Elaine told me she wants to go out for breakfast, and I said, "You know they stop serving breakfast at 11 o'clock, and that means that you need to get up before then." "Waffle House is OK with me," so we went there. Elaine does like to sleep in, but last year, she made that sacrifice to get up and head out early. 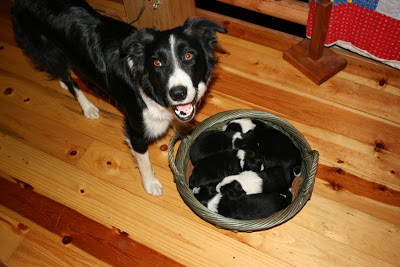 While you get ready to celebrate Mother's Day this year whether, it's in person or thought, remember the good times and speak lovingly of the person who cared for you and always wanted the best for you. I know I will.

Dutchess is ready to pack up in the car and head out to Waffle House for a Pecan Waffle and a tall glass of milk, and she even rolled in poop so she would smell good for everyone. She likes the booth best because she can lay down when she gets full, but this year, things are a little different, but I'm sure she will get something from the table... Ken
Posted by Dogwood Ridge Border Collies at 6:59 AM