I was born nearly 4 years ago, and as soon as I was old enough to be on my own, I went to a house in the country far away, I was free from my littermates and sharing my food, but I was free to explore my new world.  I was with a man who was not so nice and tied me to a post in the yard with plenty of chain.  I saw the kids getting on the bus, and later that day, I saw them come home.  They were having so much fun running and playing, and I loved to watch, but I had to guard my little house and couldn’t leave, at least that's what I thought.  I even got to sleep in it; it was nice except when it rains, I kinda got wet and cold.

Several Summers and winter came and went, and I was taken from my chain and went for a car ride.  This was my first ride, I was free.  I went to an inside cage in a huge building where lots of dogs were barking.  They were all unique, and some would go away together after being there for a few weeks.  Some man would hang a big “X” on their kennel door in the morning, and by afternoon they would find a new home because they never came back; they were free, but I had new friends to bark at that very afternoon. 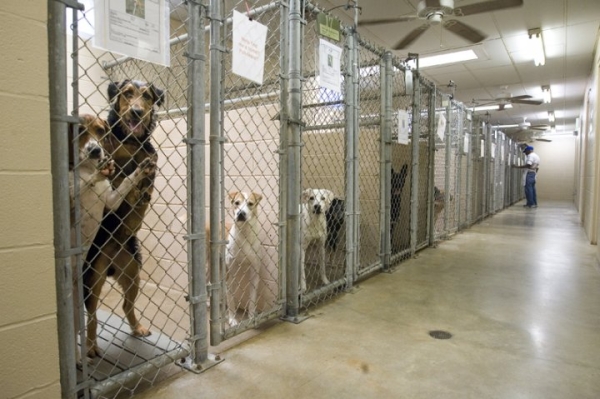 Sometimes I would lose my balance and fall over, and when I would come to, I didn’t know where I was, but things would clear up, and I could walk again.  I saw the Doctor, and he would give me some pills, and then I didn’t do it as often as before, but I remember I would shake a lot and run in place on my side.  They said I had seizures.
“Heartworms” I’ve never heard that word, and I heard from the friendly people who were talking next to my cage, the people who would feed me my food.  They were looking at me but seemed very sad.  Maybe someone was sick, but the next few days were a whirlwind, and I got to see the Doctor again.  The man with the cards with the big “X” was walking down the aisle.  “Pick me, Pick me,” I said, “I want to leave. I want to be free; I’ve been here almost 4 months; pick me!”

I had to go to the dog hospital and got a couple of big shots in my back, something about that Heartworm word.  It hurt, and no one would let me run and play, but then I never really knew how to do that, but I wanted to try.  “Where am I going? I didn't have an "X" on my door?” I wondered when they put me in a car driving me to something called Indiana.  The lady that took was so nice, I miss her.

“WOW,” I said when I got out of the car.  No cages, lots of room, trees, fields and LOTS of dogs to play with.  I can play, play with the other dogs on grass all I want to, is this heaven?  I’m free!  I slept in the house anywhere I wanted to and even went outside and walked and explored every time I wanted to, but this was short-lived because a GREAT home with my buddy Jessee was waiting for me, and we played.

We had so much fun, and they took such good care of me; I was free, which I always wanted, but I got very sick.  Going to the dog hospital, I had so many seizures, and I was so hot because my temperature was 106 and in a coma; I was lucky because some dogs don’t make it when it gets that high.  When I came home, I was confused, I didn’t know where my doggy door was, and I didn’t know where I was at times, I needed special help.  I even became mean to my best friend Jessee, I couldn't help it.  I wasn't as free as I once was, my mind was foggy, and I couldn’t think.

Elizabeth, my friend in my new home, was so much fun; they were with me all the time and could take care of me.  Life was good until one day it happened; I don’t know why but it did, and I don't know what came over me, I couldn’t think, and my mind went blank; I couldn’t function.  I went back to the farm because something bad happened, but I don't remember.

I met my old friends and got to see my human friends and slept in the bed again.  The next day, we drove to the Doctor; I remember being hugged and loved on; things are fuzzy and confused, but a face I have seen many times was right next to my face; he was always at the farm.  I heard the words "I love you" I shut my eyes, and I was free… Thank you! 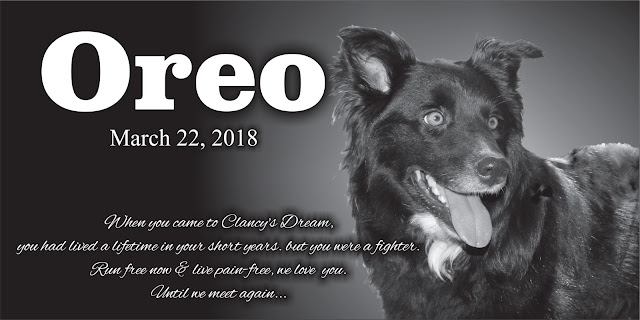 Oreo and I went to the Vet I once worked for in Louisville.  She rode on the front seat, and I rubbed her head and body the whole way down.  She was put to sleep in my arms, and I was with her until the end, I stroked her face and hugged her through it all.  I brought her home, and she rode next to me again.  She is buried here at the farm just a few feet from Clancy,  Ken… 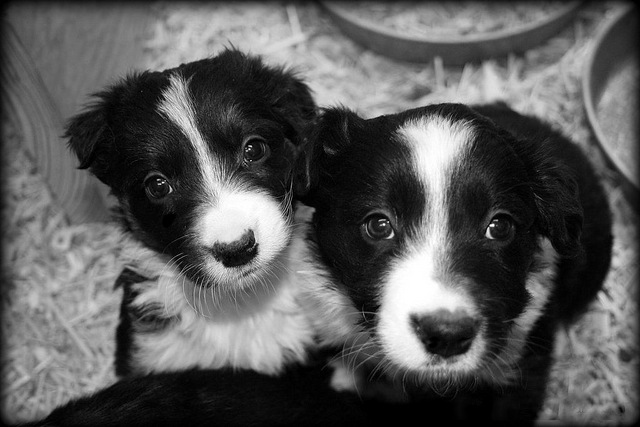 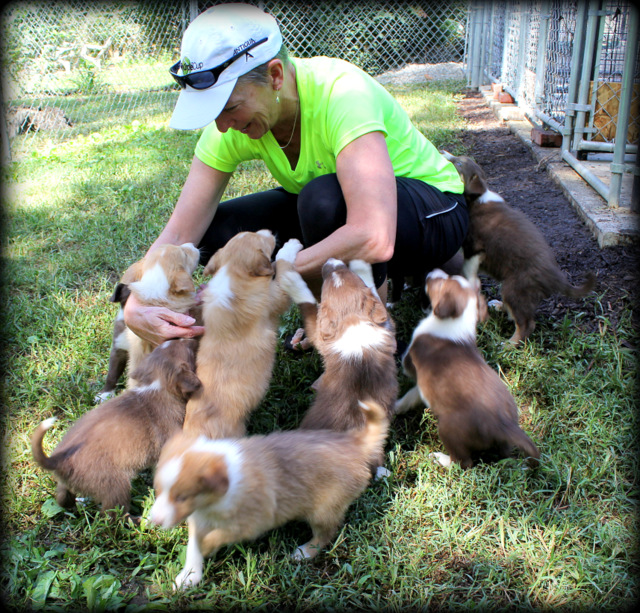 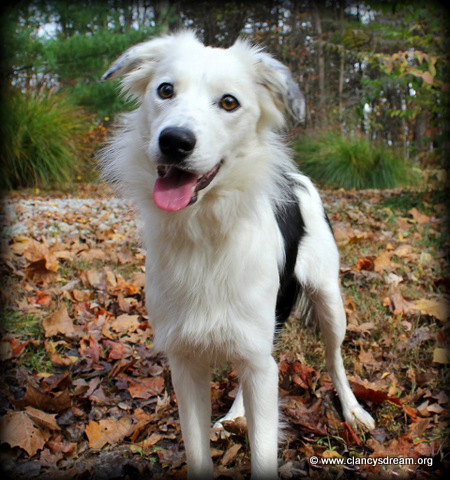 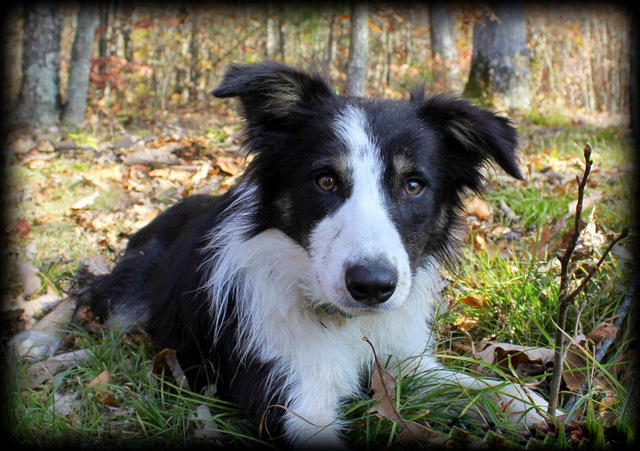 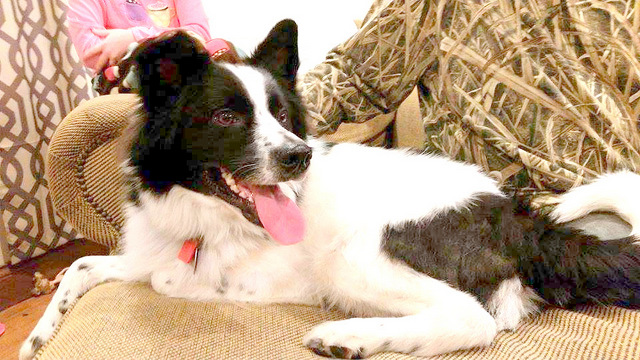 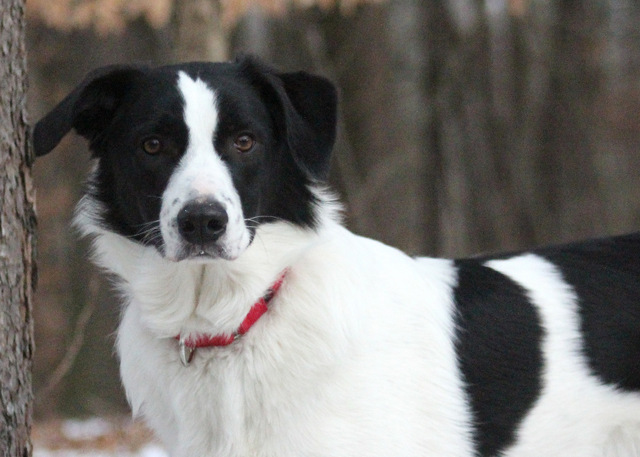