After arriving, I put the Jeep in park, and I could sense the stillness in the air.  I could hear the familiar bark of our beloved breed, and in just an instant, we were met by a staff member and a border collie at his side.  “Are you here for an adoption?”, “We've brought 5 rescue dogs to you,” I said, and in a flash, a radio check was made, and we were told to pull in the gate and to back up to the “Rescue Barn,” "You are expected," he said.

We met a few of the workers and was introduced to Lillie Goodrich, the founder of GHF. As we made small talk, the Jeep was swarmed with caring workers who unloaded the dogs one by one, and in less than 5 minutes they were being checked and bathed. 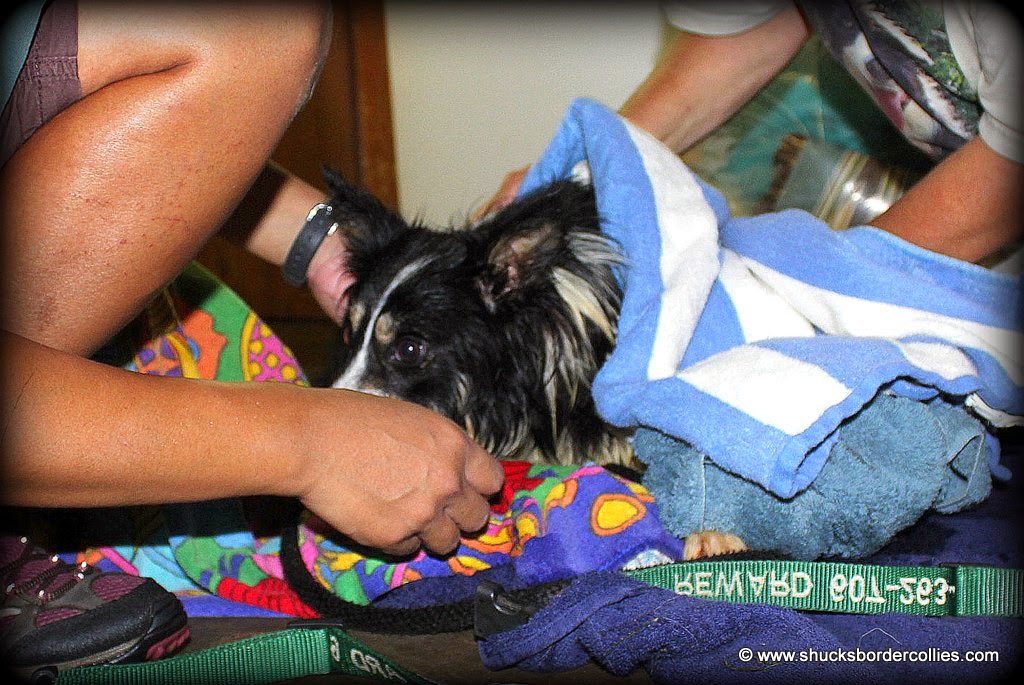 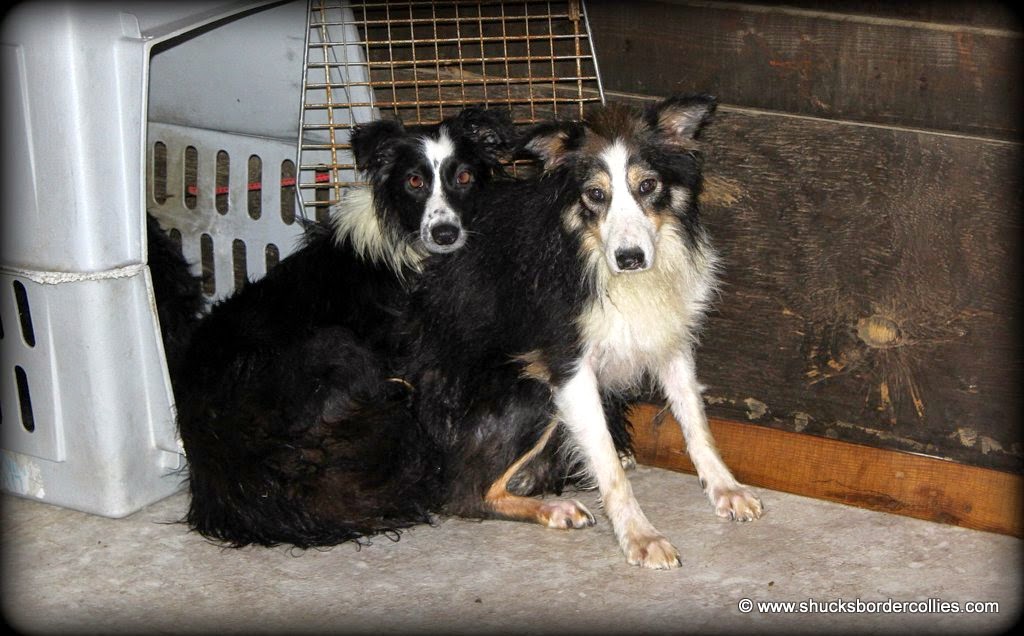 As we watched the transformation, unbeknownst to me, the Jeep was cleaned from head to toe, our crates were washed out, and everything was arranged back to normal, and the “Lucky 5” had a chance at being normal dogs in a much desired normal environment very quickly.
As I watched and witnessed the work, a staff member asks “Can you help me with a “once over” body check”?  “Of course,” I said, touching each dog and feeling them with loving hands for one of the few times in their life.
Vacant eyes sought refuge, lots of skittishness, fear, and un-trust, but the “Lucky 5” was now in the arms of loving, caring people, ready to give them a life filled with love and attention. 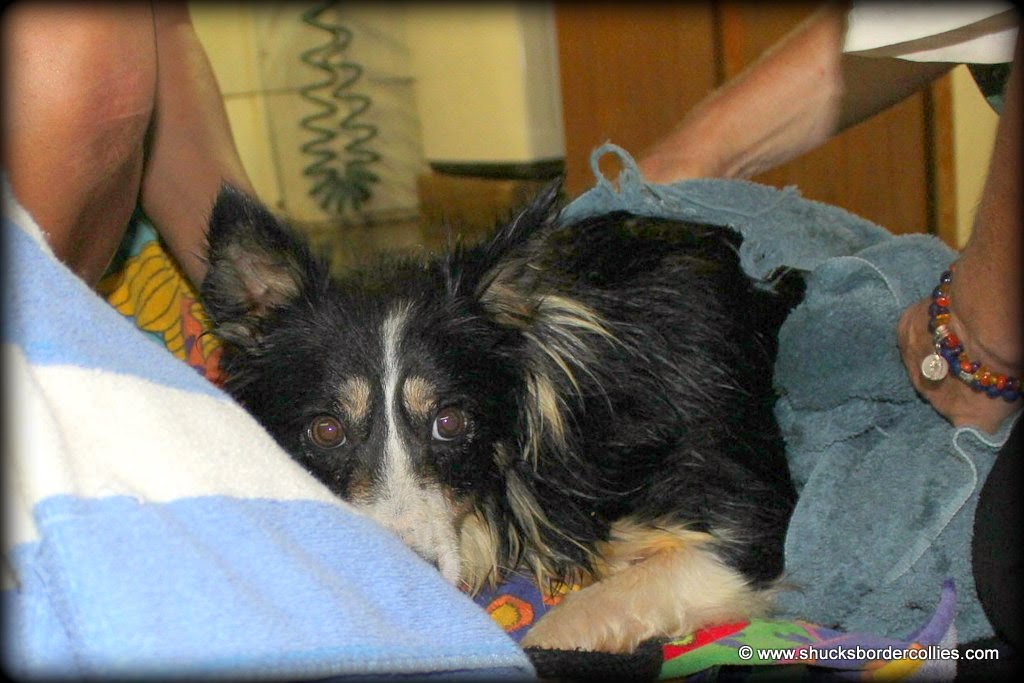 Every dog was checked and washed, and their assignments were made. 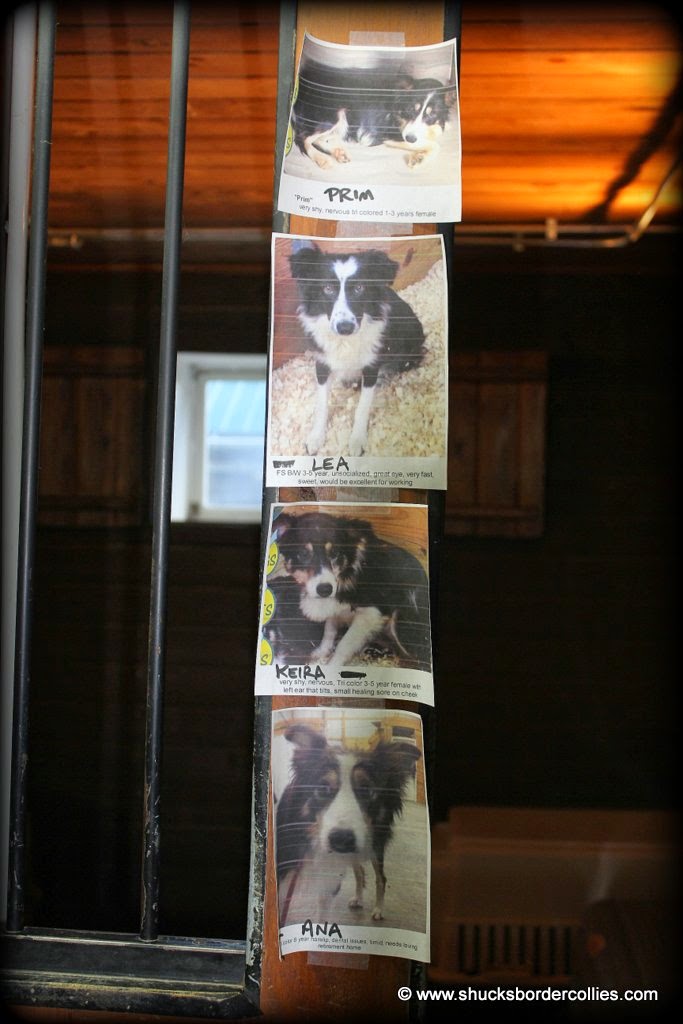 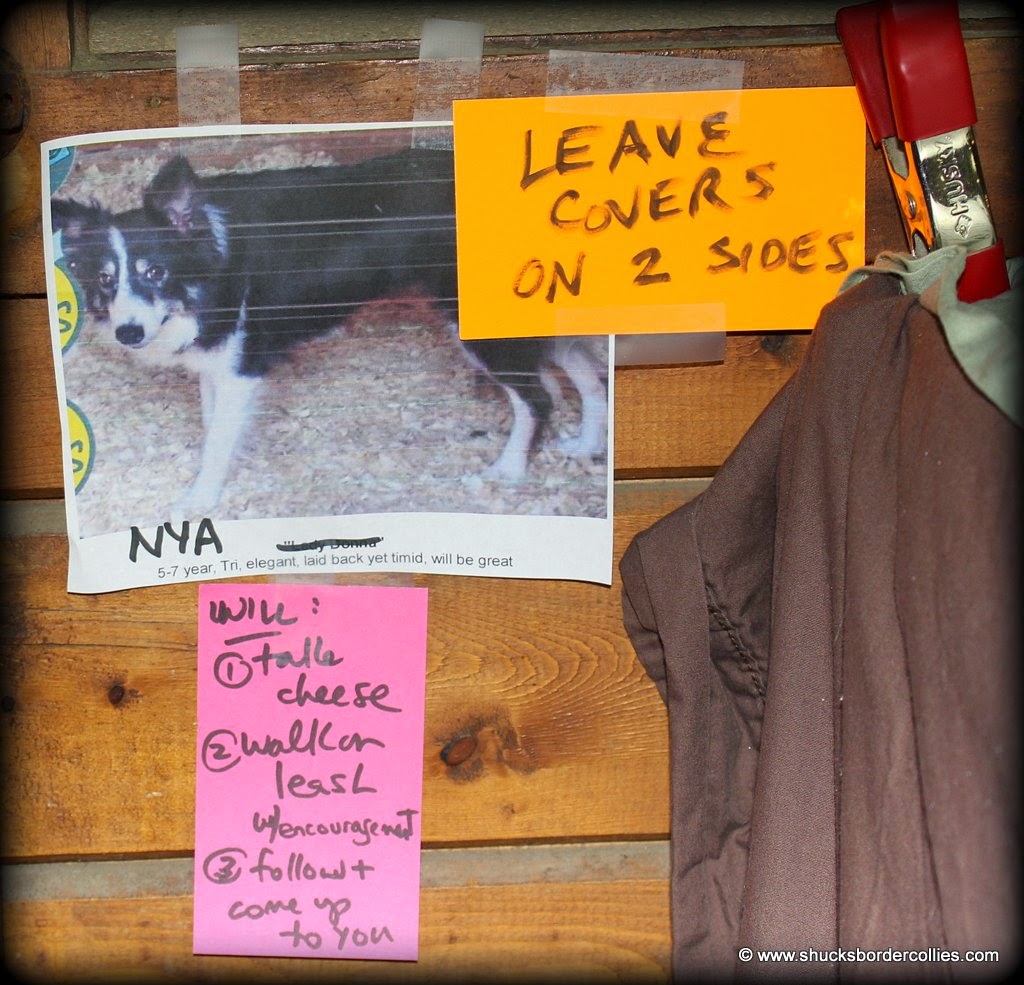 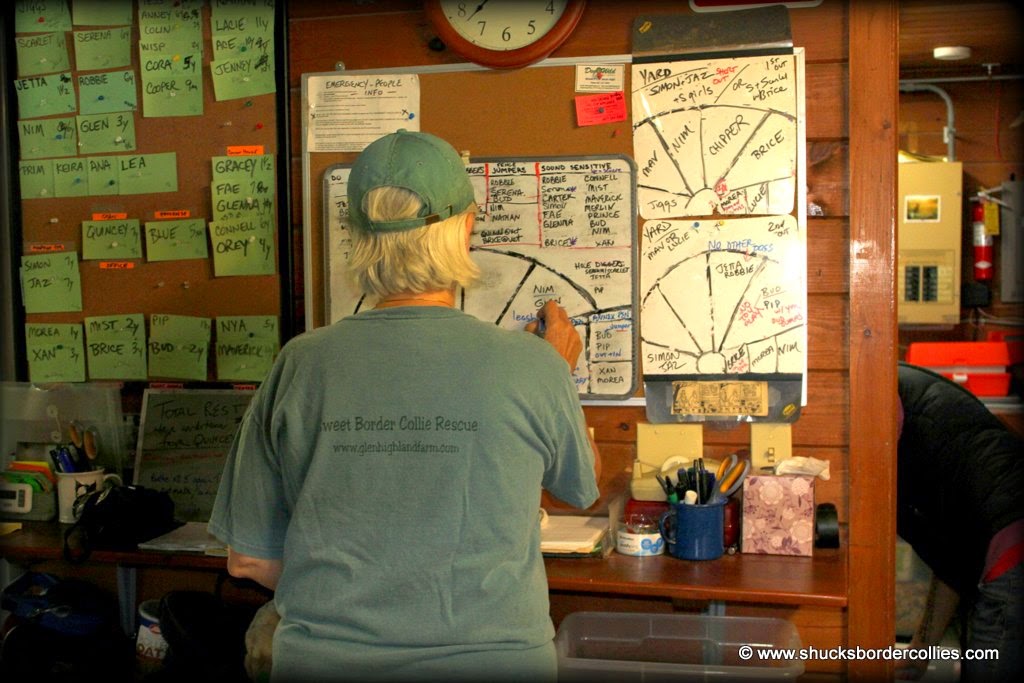 That night, we were to stay over because of our long journey.  Lillie said “You will sleep in the bunkhouse” pointing to me, “and Karen, you will sleep in the reception house.  I hope you like dogs because you will be with several, this is their house.” We were thrilled as we both sleep with our dogs, and it would help with the loneliness of missing our own border collies.
As the afternoon passed, we got to see firsthand a working farm that transforms a dog with problems and issues to an affectionate, loving and devoted dog that would fit in most any home.  It was wonderful to watch the current border collies play and socialize with everyone as they lived without any cares.
After dinner, we sat around in an informal circle with some of the staff members that live on site and we were joined by Lillie.  In just this short informal gathering, I learned what a real “rescue” was and how well they do the things that need to be done, to correct a challenging dog and how I have failed in some areas.  Lillie is one of the most talented people that I have ever met with a rewarding background and a very keen sense about dogs.  After everyone had left, I turned to Karen and said “Wow, Lillie is one of us.” and she is, and much more…
Sleep came early because of being up for nearly 30 hours. I walked to the bunkhouse to be with Quincey, my K9 companion for the night and very shortly we both were fast asleep.  I was dreaming about moving to New York, and Quincey was chasing rabbits…Karen was with Simon & Jaz.
I got up at 6 am and walked the farm to see a small part of heaven, the sun was coming up, and the fog was laying low but make no mistake it is heaven for dogs and dog lovers. 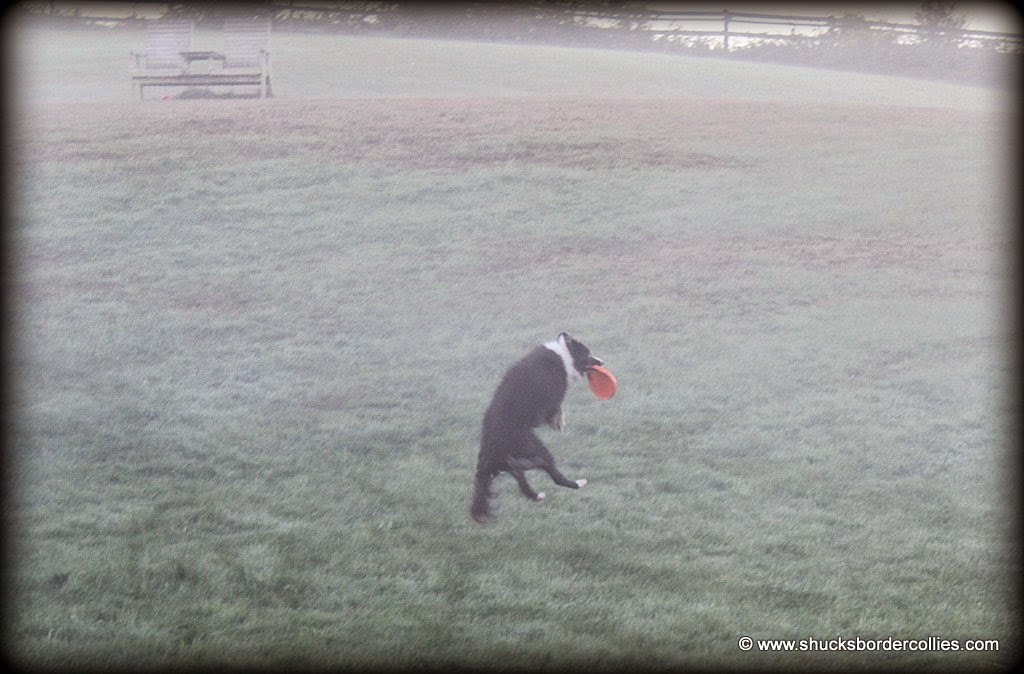 We started at 7:10 at the rescue barn and no-one went in until everyone arrived and everything was in full swing in just a few moments.  The bedding was washed, food was given, floors were swept and mopped, and then the “Lucky 5” was carried to living green grass for probably the first time in their life and "actually" got to walk on it and begin their journey to new adventures. 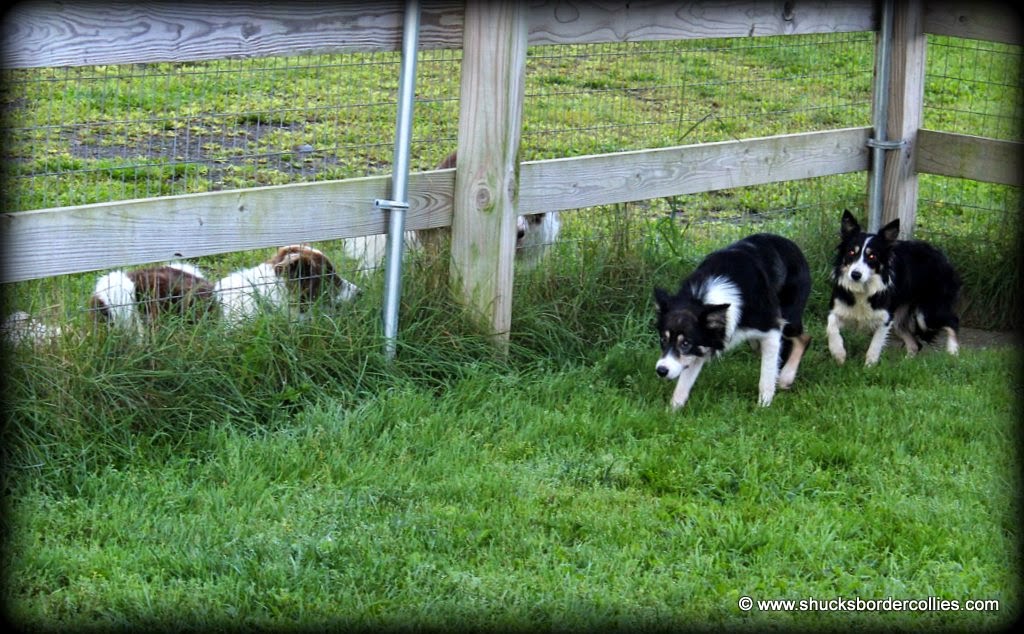 Apprehensive at first, they would look for a corner to run, and cowl in and then move again to another.  The dogs did loosen up a little after a while, and Lillie stated that their rehab would take about one year.
That was incredible to see trained personnel work and do things that I didn’t even know about, but they do know dogs and how to read them very well.
One thing that they also do is to take each group of dogs to a groomed pasture and walk and play with them.  They would run and scamper and forever frolic in the sunlight, and to think, this is part of the responsibility of the handler, amazing...  Everyone was in heaven, even me. 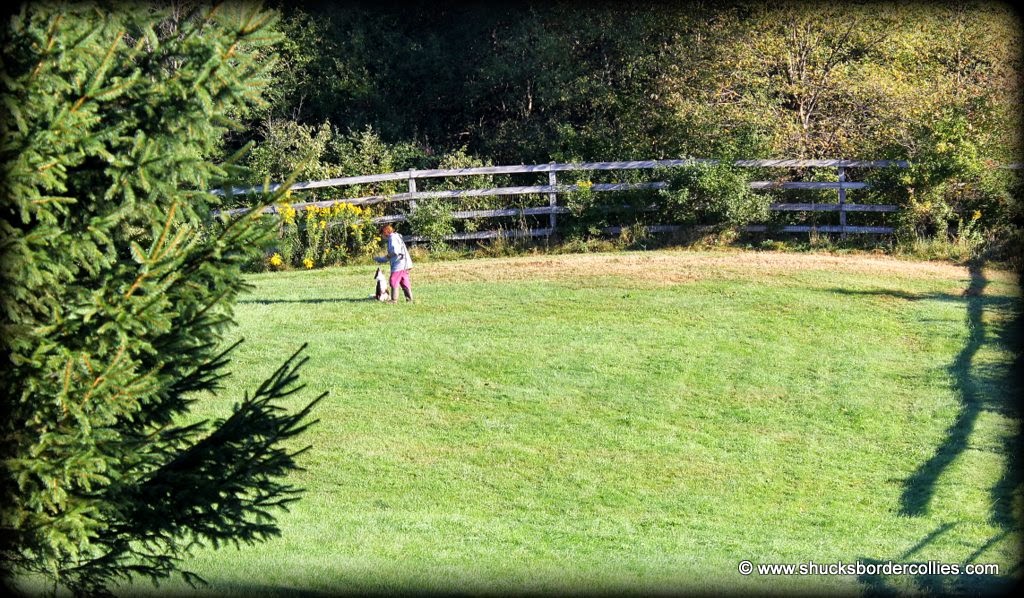 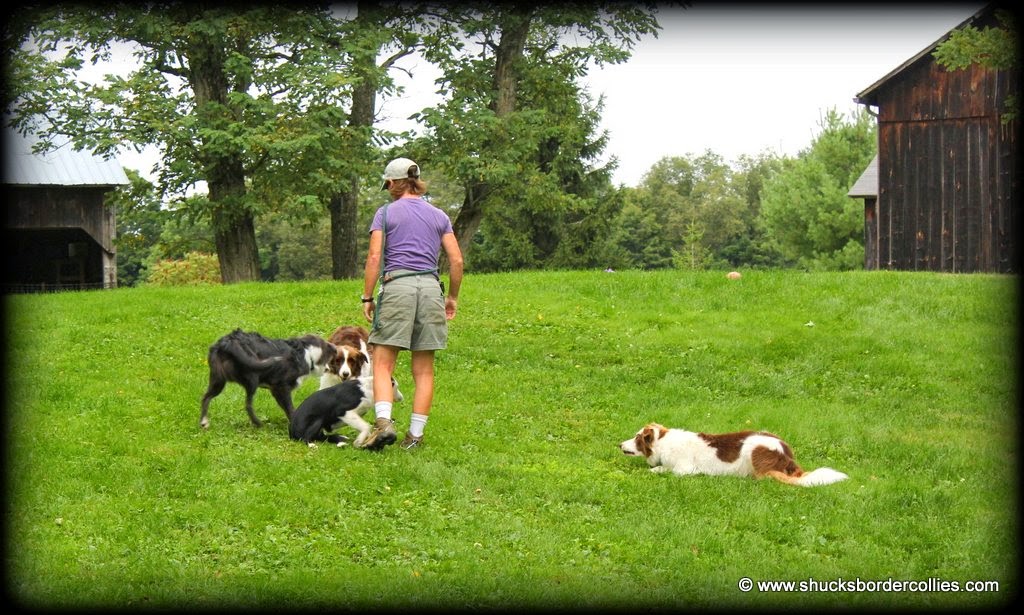 There is so much that is done at GHF for all the dogs, and they even have an onsite home for senior dogs that may need extra care and attention, including an area for dogs that need medical care.  Quincey is an example of this, he was being treated for Heartworms and needed extra rest and slow walks because of the treatment, which he is getting.  One thing that I saw, GHF spares no expense at the needs of animal care.  It is truly a place where a border collie can get every type of attention that is necessary to put them in a forever home, no matter how longs it takes or costs. Before we left late that morning, we took a tour with Lillie in a Gator, exploring the camping area (tent and cottages), the creek, Flynn’s Folly, Bullfrog Pond, the Connor House and my favorite place the Garden of Resting Spirits, more on this later.

After we had started the Jeep to head home, just as we were when we came in, we were again without words and there are none to express the gratitude that we have for a dream that has come true beyond our highest expectations.  Ken

Note: During this series, there are many things that happen with people and dogs and in the end, I will tell you why firsthand...
Read Part 3 Here

Glen Highland Farm
Watch for us next week but follow us now on Facebook
Posted by Dogwood Ridge Border Collies at 7:49 AM