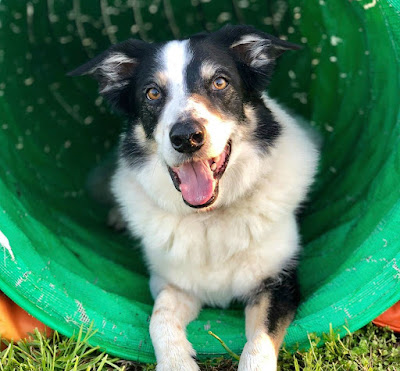 "He was the best dog in the world." We have all said it.  I know I have, as I know most of you reading this have too.  You don't realize just how special the dog is in the beginning, but as time marches on, it slowly begins to dawn on you.  You can have other dogs, but this one stands out because he/she is the best dog you have ever come across!  You can't explain how you felt about this dog or even how you feel right now because the words to express your feelings break your heart each time you try to say them and at times you can't even say their name.   If I've heard it once I've heard it a million times, the phrase I can so identify with, "I can't breathe, I don't know how to go on," is said because someone has lost their Heart Dog who was the "Best Dog in the World." 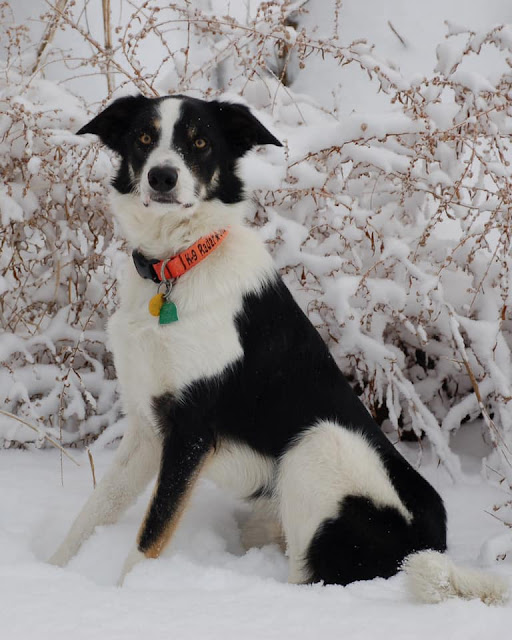 On February 2, 2020, the best dog in the World went to his final home. He stepped across the Rainbow Bridge, where he waits for his earthly owner.  Now, it was his turn to be shown the ropes by other dogs who were waiting for their owners just like he was. The best dog in the world had a name and that name was Radar. Radar found his new mom and his life started on a special path when he was just five weeks old.  Lori was looking for a special dog to perform a very special life-saving task. 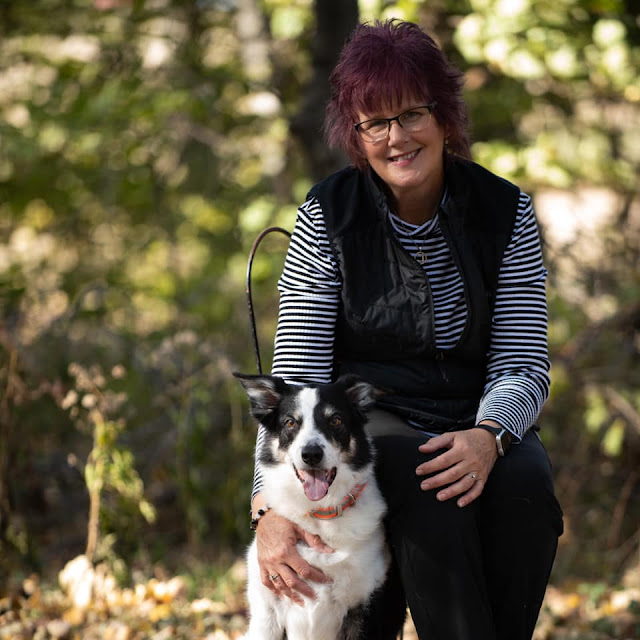 Lori's teammate convinced her to go look at a new litter they had heard about from friends.  This one dog with an intense stare was the first one to run up to her.  She reached down scooping up the intense little pup, checked him out and put him back down. Grabbing another puppy, Lori also checked this one out and set that one back down.  Reaching for the next one, she paused because the intense little dog she had chosen first had made his way back into the loop. She passed him over, but try as she might, after each pup, he was right there for her to pick up again!  She acknowledged to herself his persistence and told him, "okay, I already saw you".  Trying to move on she finally realized this little puppy repeatedly engaged with her over and over again, begging for her attention!  She had heard it said that the right dog will raise their paw and say they want to be a search dog, but this dog was jumping up and down, barking at the top of his lungs that I CAN DO IT!  Quicker than the blink of an eye, "Radar" and Lori's life changed forever. It appeared "Radar" had found Lori, and a bond was formed that would take the two of them on a journey that would change their lives and the lives of countless others.

From Lori, "Someone told me it always helped them to put into words what his dog meant to him and suggested it might help a little. So I decided to give it a try!  RADAR was the best part of me! I just hope I can keep some of that with me moving forward. Radar LIVED life! From day one, that boy lived every day with enthusiasm, excitement, love, and pure joy! He never understood "easy" until he drew his last breath! 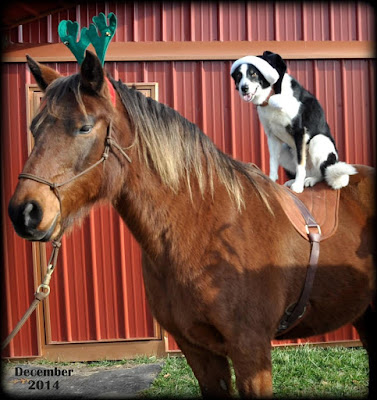 Radar started his training as a "live find" wilderness search dog at 12 weeks of age in the summer of 2007.  I NEVER had to tell him twice to work. His command to start searching was "Go Find."  He was a National Association of Search and Rescue certified dog who could search a 60-acre area in 1.5 hours. We train every weekend. Either Friday night or Saturday morning. And work throughout the week as well. It takes about 2 years to get a dog certified and mission ready. I could not even begin to count the number of training hours, and actual search missions Radar attended. I am very proud of the fact that Radar knew his job right off the bat and did it VERY well.  Part of his job was to attend PR (public relations) events for the team. 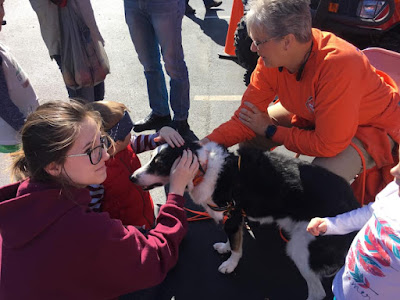 We receive calls all the time to participate in different functions and teach all ages what Search and Rescue is all about, how the dogs work, and how they can be safe. He truly loved doing the events and interacting with the public. The dogs must be well behaved and pass a basic obedience test as well. Radar was ALWAYS anxious to learn something new! Tricks, Agility, Dock Dogs, Rally, and Frisbee.... anything! He just wanted to be doing something every minute! 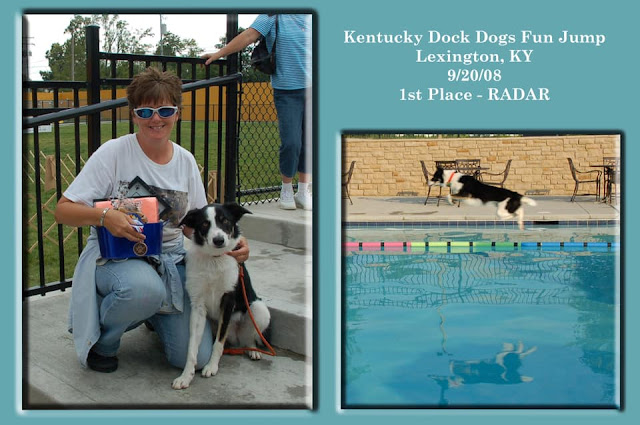 Radar endured TPLO surgery, upper respiratory infection, a heart condition, Lyme disease, and Ehrlichia! All at the age of 10 years and older. He even had 3 episodes of sudden collapse within 10 days in which we never found the cause and he never stopped.  I decided to retire him on December 11, 2019, from search and rescue. He was still more than willing to do his job, but it was irresponsible to take him to a search or PR event, never knowing when he would be affected. It was then I decided he and I should learn AKC Rally Obedience. At first, he thought this slow-paced game was quite silly, and I had to keep reminding him this was a non-speaking role as Radar was a very vocal guy. We only had the opportunity to compete in two trials. Still, in true Radar fashion, he qualified in all four runs with scores from 87-100 and earned his AKC Novice Rally Title! Not too shabby at the age of 12.5 years and his first time in an obedience ring. Radar was proof you can teach an old dog new tricks. Of course, you never told Radar he was old! His other recreational sport was playing agility. He loved it, as well. We humans couldn't keep up with him, and he was very vocal about that too! 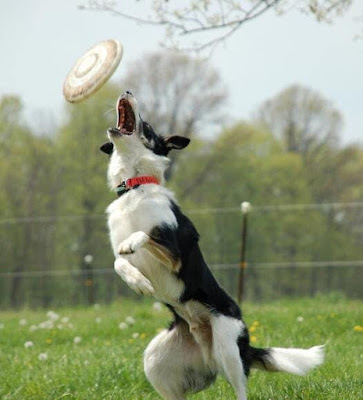 Just a few days before he passed, he played with exuberance and joy!! Jumping and bouncing like a kid! He ran, carried sticks, and chased his sisters and little Mateo, his playmate on their walk to the woods and back. He came in the house a very happy boy and took Mateo in with him for a drink, then walked over to me and told me with those beautiful eyes that something wasn't right. Within a couple minutes, he became paralyzed and unable to stand. A trip to see his Veterinarian, to determine the cause was not good. We all decided to try a couple treatments and give him 24-48 hours. We came home and laid him on his bed, and I slept next to him on the floor that night. We had several conversations throughout the night. He made sure he scooted closer to me and showered me with kisses through the night. By morning he was nearly totally paralyzed. He couldn't lift his head, eat out of my hand, or drink without us helping hold his head up. He was totally alert mentally. We had a thing. I would say I love you, Radar, do you love me? And he always answered with a bark and a kiss! I asked him that morning, and he responded as always with love.  Dr. Schafer, Dad, Aunt Lisa, and I were there to help him cross that Bridge a few days later on February 2, 2020. I want to give a very special thank you to Dr. Schafer, Dr. Buss, and their staff for helping Radar live life feeling the best he could feel! And to Dr. Schafer for helping ease his pain and frustration because he couldn't get up and LIVE LIFE any longer. 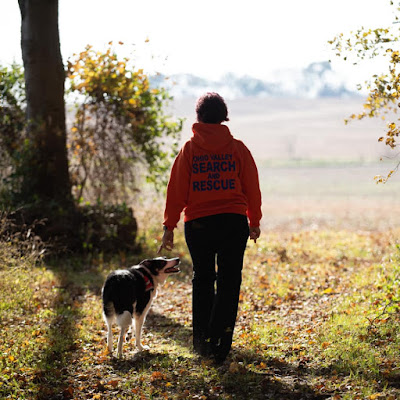 I now have to force myself to breathe as my lungs keep losing all their air. How do I go on without the best part of me? How do I stop the constant flood of tears?  Well..... I've decided to learn the best lesson, my "Bestest Boy Ever" taught me.  LIVE LIFE!

Radar's Legacy was to live like he did! LIVE LIFE! Don't just sit back and watch it go by! Try new and different things and do it with enthusiasm, joy, and LOVE doing it! Help people and other animals every chance you get! He so dearly loved his #1 job as a search and rescue dog!  He was BORN to search, and boy did he did it well!  I would always ask him... "Are you ready? Somebody needs help... can you help them?" He would answer with a resounding "woof woof"!!! Then I gave his command to "Go Find,"  Off he went and never stopped until we cleared our area or found who we were looking for. Whether at training or a real search, he always gave it everything he had! You always knew when he caught their scent and took off! His tail went up like a flag waving in the wind!"