And one day everything changed... Yes, it does in many ways, sometimes good and sometimes bad. It's Friday morning, and I am at the 2019 National Border Collie Nationals in St Louis, and I drift back to a few days when I unpacked our goods at the conference.  Everything was fine until I rolled out the banner that had Clancy's photo on it, and I immediately went back to July 30, 2016, and "that" day, when we lost our boy.  I looked around to see if anyone could see me because of the tears that were present.  We all have had those days when one day everything is fine, and the next everything is wrong. 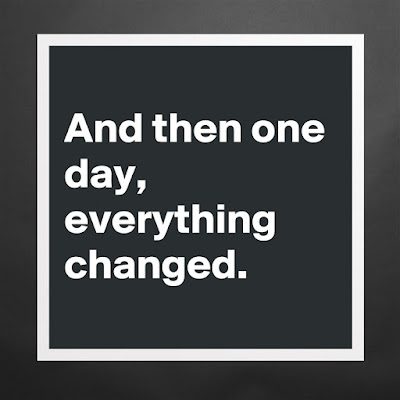 One day a family decides to get a new dog. It's discussed in a family meeting, and everyone agrees to do their part in bringing a new member into the love and circle of the family, and a new dog has a new home.  As the pup grows up, he becomes the center of attention because he loves them so and they love him too.  Life is different, and things couldn't be any better.  He would go hiking with them and loved the campfires at night where he would lay by the fire, and he knew he was special, and he was.  The first day he came into the home, he had "that" feeling, but he knew everything changed.

I got that post, "Jackson - NM border collie, 5 years old, 62 lbs. Found as a stray on 8/29. Jackson has been at our shelter for a LONG time. Jackson came in very matted with burrs in his coat. Jackson has little time left before he is euthanized. He is a very smart dog and wants badly to be safe and loved." 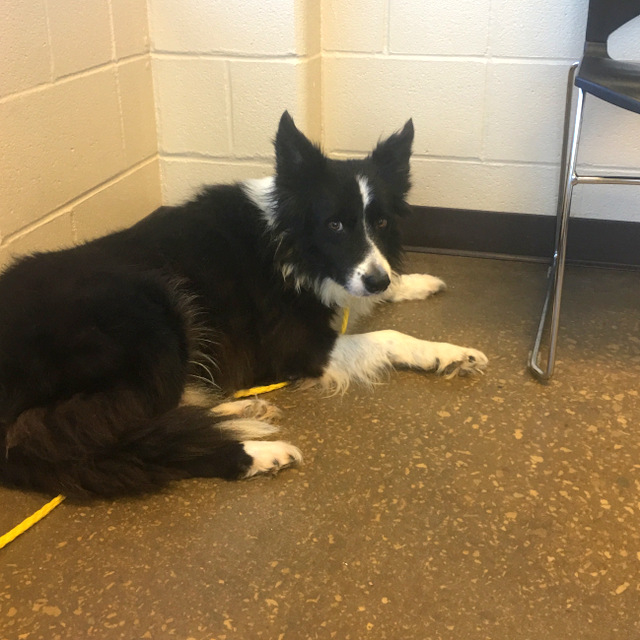 The next day, Jackson arrived safe and sound in the arms of Clancy's Dream. He walked around, smelling trees, never running or playing. Jackson has all but shut down and given up hope. That night he refused food and was content in his kennel and wouldn't leave. Jackson had to be coaxed out with a lead but sauntered back inside the house where he laid back on his dog bed. The spark did ignite again, and he came around. Jackson is the spitting image of Clancy, pricked ears, same markings, large head and piercing brown eyes, and even a half collar. As I sat in the kennel with him, I wept as I stroked his head.  A few weeks later, he was adopted, but one day everything changed.

When I arrived at the shelter, it was busy, and people were going and coming at a quick pace. Walking into the "dog" room, as usual, I heard the barking before I went through the door and even smelled the urine, feces, and antiseptic before I went in. 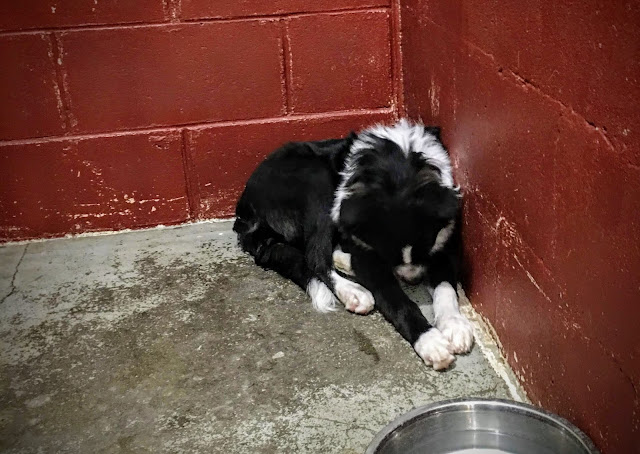 A little dog was crouched in the corner with her eyes covered, hiding from the world and everything around her.  I went into the 3 X 5 kennel and sat on the floor with my back to the gate, I patted the floor, and she wanted to come to me but was scared.  When she did, I cried, she licked my hand as to thank me, and I thanked you for not giving up. I ask God how does this happen but was answered; it didn't this time she was saved. To many, it is just another night, but to this dog, little did she know that the night before, sleeping on the bare cold concrete floor, was a special night. Twas the night before she was rescued, where one day, everything changed.

As I traveled home from the convention after the last night, I pondered the trip and the effect it had on me.  Meeting many people and telling our story and making contacts was a great success.  You never know what a day or two can make.  While driving home, I drifted back to that day that Clancy passed and lived those few moments again.  At first feeling sorry for myself, I was reminded that one day, either good or bad, could change the outcome of many things to come. 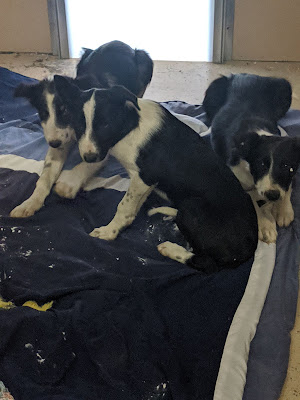 On the third night of the event, I was contacted during dinner about a litter of Border Collies turned over to a shelter where they tested positive for Parvo.  No one wanted them because of the deadly disease.  In one day, we had them placed in quarantine at a vet clinic, which will treat and monitor the dogs 24 hours a day.  So far, the outcome is guarded, but positive and in one day, everything changed. 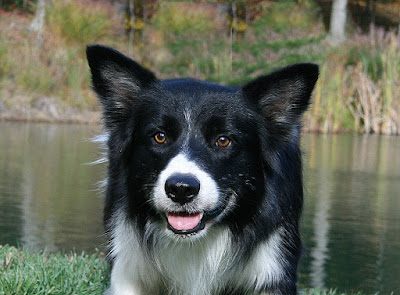 Posted by Dogwood Ridge Border Collies at 7:56 AM