As I mentioned last week, there is a follow up with the Pilots N Paws program and a deaf Border Collie Puppy in Beckley, West Virginia.  Lyla's family knew they would not be able to give her the training and life that she deserves. "Sometimes loving is letting go," her Mom said and Lyla needed a home. 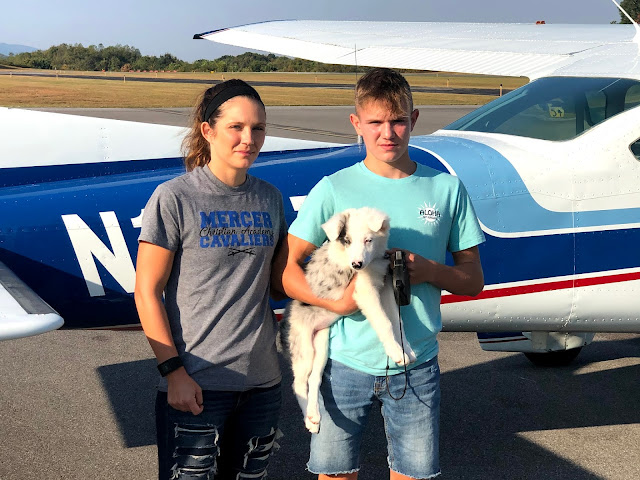 Over five years ago, the plan to rescue Lyla was put into action, and people didn't know it.  Melody Reese owned Balti and he was everything to her, and it was unbearable, and very hard to cope with when he died unexpectedly and when it was time, she looked for a new companion.  Balti was a Border Collie - Corgie mix and it was a perfect breed for her and she looked for another dog.

When Balti died, she tried SO hard to find another Borgi for Target, her other dog.  She tried rescues and shelters and then branched out to breeders where she met Ashlee who once had them.  Melody discovered she didn't have any puppies, but a friendship was formed with Ashlee that lasted.

Many years ago and living in New Mexico, Melody would travel to northern Indiana to visit her parents.  Target went everywhere with her, and it's only fitting her dogs would go Indiana too.  The only problem this trip was when Melody arrived in Indiana, she was leaving with her mother for a cruise. Target needed a place to stay, and Melody found us because we had a website and raised Border Collies; this might work, she thought, and after a phone call, Target was going to visit Dogwood Ridge farm and stay with us. This was the first time we met Melody.  Fate, you ask, maybe.

The next spring, Melody again came to stay with her parents to help them on their farm, and Target, of course, came along, but Target needed a companion, and again, we came into the picture.  Melody called because she kept getting turned down by shelters and rescues (no fence, out of state, dog already adopted). "I'll never forget calling you one day, almost in tears, looking for advice and you said" "I might have the perfect solution for you and you did... the perfect little Heidi Marie."  We had gotten out of breeding Border Collies but one of our adult pups from Clancy was having puppies and one was available and the circle of fate tightens.

As time passed, Melody became a member of Clancy's Dream Board of Directors because we shared a common passion for dogs and especially Border Collies.  Melody and the breeder in West Virginia stayed friends and communicated at times.  Just a few weeks ago a post from her friend came to Clancy's Dream.  It was about a 3-month-old Border Collies that needed a home, but it was deaf.  Melody and I talked about the distance and the unique needs the dog required, and it was decided that if we can find a foster, we can help.

Melody met a friend at agility competition a few days later, and when Lyla and her dilemma came up in conversation, her acquaintance said, "I can foster her."  Just a few days later, Lyla was on the way if we can get her transported from West Virginia.  Pilots N Paws was contacted, and in just a few hours, we had two pilots offering to fly Lyla to us, and destiny has made its presence.

When Lyla was picked up by the pilot, the skies were clear, and the forecast was good; however, luck may have changed.  Bad weather popped up, and was this going to crumble in front to up?  With some excellent flying and steady nerves, a ray of hope appeared.  Was it a message from above, Clancy or Balti?  Who's hand is in this?

Because of the length of time in the air, the pilot made a stopover at his home base.  He offered to overnight Lyla with his pack at his home.  He is very familiar with the needs of a deaf dog because he has one too.  The next morning when the flight was ready to resume, we got this email from the pilot;

"Good morning Melody,
As expected, Lyla has stolen our family's heart. We wanted to find out if it would be possible to adopt her? As I mentioned, we already have a senior deaf dog and our second dog has turned out to be a great tether buddy."

When Lyla got to her new home the owners got her an appointment at the University of Cincinnati FETCHLAB which is an internationally renowned animal hearing and laboratory.  The FETCHLAB is the first and only hearing clinic for animals in the United States who sees dogs from all over the world and now Lyla is in good hands.

As fate, luck or divine intervention may play a part in this entire situation that started years ago, I have to wonder where Lyla would be if it wasn't for the death of Clancy and Balti.  Many times we question the why and ways things happen but there is a plan for everything.  Sometimes things happen that may hurt our heart that we will never understand but there is a purpose for everything and every dog even if it started over five years ago.  Good luck Lyla and thank you John and the Pilots N Paws program, you became part of our "Dream."    Ken 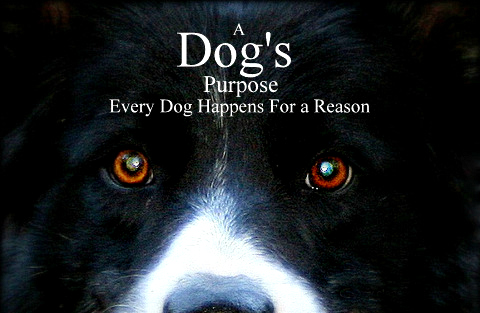