Several weeks ago, we picked Jackson up at a shelter in Kentucky because he was abandoned.  As I had mentioned earlier in a post, he had been there for two months, longer than they usually stay and it was urgent that he be rescued from the shelter because he was on their euthanasia list and I just happened to come into the picture.  Maybe he was waiting for the right person.

When I went to evaluate him, we went into a “Meet & Greet” room where you can visit and check each other out.  Jackson sat in one corner, and I sat in the opposite one.  While on the floor, he walked toward me and lay next to my leg.  “You are the first person he has accepted and greeted in two months,” the shelter worker said, “and I can’t believe it, he must know you,” in a comical way.   Jackson initially made eye contact at me, and we stared at each other searching and thinking... 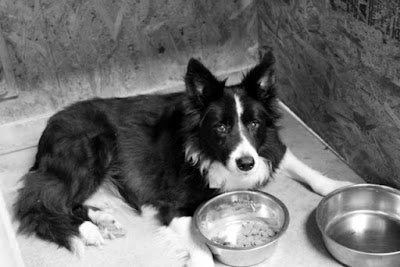 When Jackson came to the farm, he walked and smelled things and seemed to be searching for something, we all take journeys searching for things we know and like and it’s nice to be in a familiar place.  Jackson came into the house and went to a dog bed, folding his front paw under his body as I had seen someone else do so many times before, he seemed to be home, if for just a little while but I remembered he “is” a rescue dog. 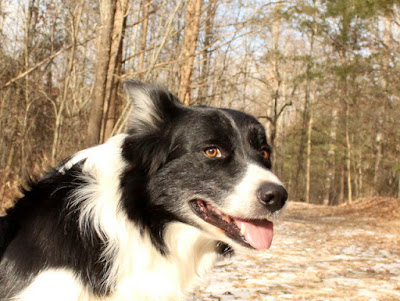 Later that night, Elaine said, “It’s almost too painful to look at Jackson.”  “Don’t go there, I know, it’s killing me too,” and we both knew what we were talking about.  Jackson is the splitting image of Clancy, and all my emotions were coming out as I knew Jackson’s only had a few days with us and it was getting shorter because he goes to his new home in a few days.   I am torn what to do.  “Do we need another dog?” I ask myself, but my question was answered. 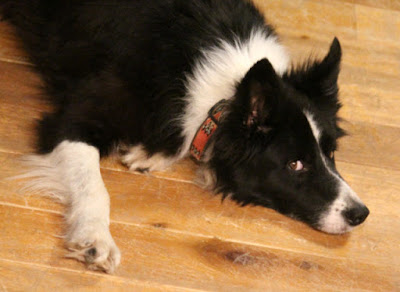 “No, I’m passing through, you needed me, I’m more than you know and yes, you do know.”  In my mind, I could hear him talking but could I?  “We all have bumps in the road, and sometimes things don’t go as planned, I have seen you struggle, and I came to help.  I’m always close by, never leaving your side just like you told me once.  I must leave, I go to where I'm needed, and others are waiting." 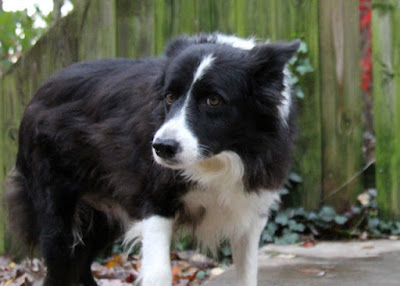 I closed my eyes and had to think.  Why does a dog come into my life that looked exactly like my Clancy?  The same ears, hair, eyes, and build.  He even has a half collar on the same side which is very unique.  There must be a reason.
Jackson left this Sunday morning to his new home in upstate New York.  His new parent has acres of land for him to run and play on. 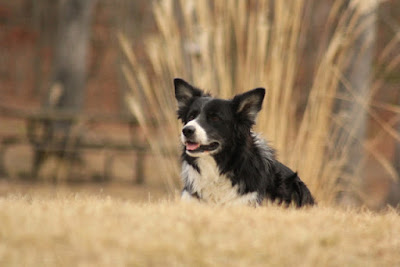 I have to ask myself why does "That" dog that looks identical to Clancy, come into a shelter in another state.  I take the evaluation on a fluke because I was traveling through Kentucky and just stopped by.  Why does Jackson feel at home and slept in Clancy’s old dog bed when we have nearly 10 of them?  Something may be in the works that we don’t know, but just a week ago, I sat in the Adirondack chairs at his grave and said, “Clancy, we need some help on this one.”  It’s been a rough week, and a visitor just happened to stop by the farm to help out.  His Dream Lives…  Ken
Posted by Dogwood Ridge Border Collies at 6:41 AM