Several weeks ago, I walked into the dog kennel, and something caught my eye.  I am not a collector at all but Elaine is, and we have had this conversation frequently.  She won’t get rid of nearly anything, and it drives me crazy.  I’m the type that if I don’t use it in six months, I’ll throw it away and buy a new one if I ever need it again.  I don’t like clutter.  I wonder why I have these? 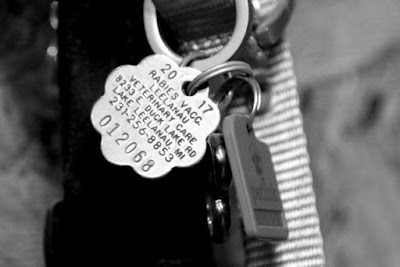 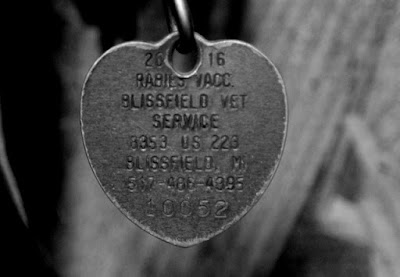 As I opened the door, I just happened to look to the right of me and in a corner and saw something that I’ve never thought about.  Hanging on several nails were collars that had come into our foundation from dogs that were surrendered to us for various reasons. 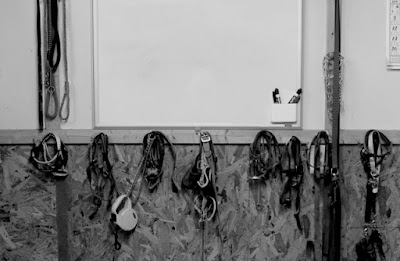 While I see the collars often, I usually just pass over them, but that day, I saw something different.  I walked over to the hooks that were all too full, and for some reason, I recalled the stories of them.  I touched them and knew each one carried a story and it was mostly ugly or sad 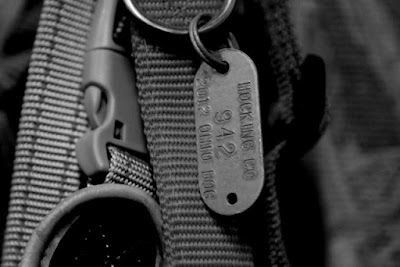 I first thought about the happy times and when they were bought for the dog.  I’m sure of the ones that were purchased by women.  They have flowers, fancy designs and some with a decorative script because they wanted it to look beautiful and I'm sure it did. 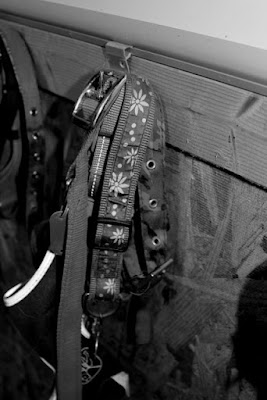 I can see in my mind's eye the time when the collars were purchased.  Picking through all of them just to get the “right” one.  It’s hard to choose the correct one, and it needs to fit the dog in more ways than one, color, style and even personality played a role in this. It's a very exciting time for the dog and the new dog parents because it is a new beginning for all of them. 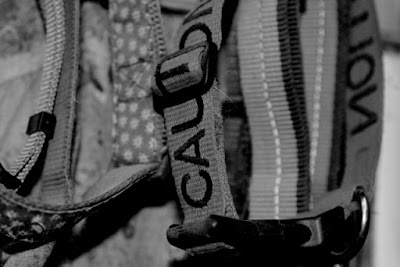 Unlike most men purchasing a card.  I remember once dropping Elaine off at a store, and she was buying a card for a friend.  I parked the car, looked around the store and wondered where she was.  I thought I would start my search in the card area.  There she was, still reading all the cards, just to get the right one.  I walked up and said, “everything alright?”  “I just want the right one,” she said.  “Let me show you how to buy a card.”  I picked the first one up and said, “here, this is great”  "Did you read it," she asks “No, I never do.” 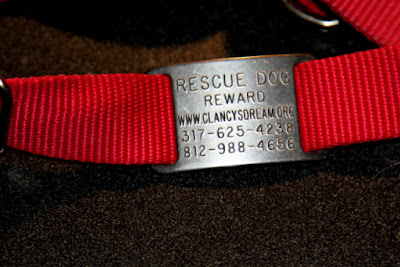 After evaluating a new rescue dog, we replace all collars with a Clancy’s Dream Rescue collar.  If they get away or run off, they will be returned to us because it has our information in it.  Over the years, I would hang the old collars on a nail because we may need one for some reason. 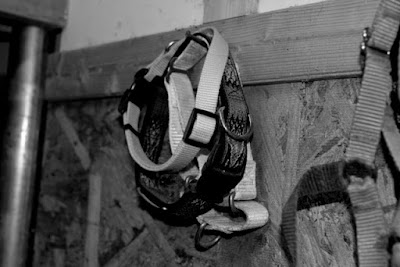 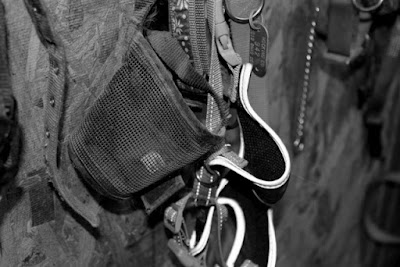 Each collar has a story, a few are cute and fuzzy, but most have a sad ending and lives were shattered, and families were torn apart and the dog was in the middle, they always are.  Some of the collars were from families that had to rehome the dog because of health reasons, or family breakups.  Some of the owners could not handle the excitement and energy that the dog had.  Even a few were turned over because they no longer wanted the dog, and also sign it over to the county shelter, yes we have some of those, more than you know.  The dog is sometimes the disposable property. 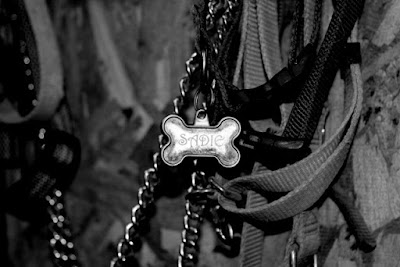 Some dogs need to be rehomed and there is no other chose, I know because I have been there too and it's the worst day of your life and has lasting pain and we have those collars too.  When I touch and feel the collars on the wall, I imagine the fun times when everyone's life was good and the belly rubs and games that may have occurred where life was good.  I also feel that some collars had a chain or rope attached and it was something that was used to grab and some collars were a source of constant pain. 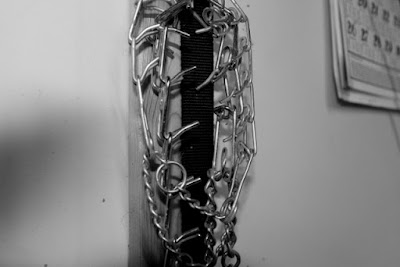 The bright side is the good of all of this.  All collars tell a story, you may not think it, but it does and will follow them wherever they go.  When the time comes, we remove our Clancy's Dream Rescue Collar that is given to them here at the farm but when they leave with their new owner and collar it is with a second chance and new start.


A story is always told by what we wear, both inside and out.  I guess I will hang on and collect all of the collars I have possessed.  I have considered taking them to our local shelter and donating them for other dogs.  In my own way, I don't want to give up the collar because it has "their" story embedded in them both good and bad and I will never give up on them, we are who we are because of our past.  I am also afraid that I may see the collar once more and I can't face that again so I guess I really am a collector.   Ken
Posted by Dogwood Ridge Border Collies at 8:01 AM