Several weeks ago, I received a package to my outhouse at the end of our drive next to the road.  It really is our parcel delivery box but I thought I would shake the neighbors up a little, and it did, quite the conversation piece.  With a fenced and gated driveway, it’s in an excellent spot for deliveries or just to hang out.  Someone sent a package to the farm last week, and it was for the dogs.  It wasn’t cumbersome, and when the dogs saw it, they were excited too.  They usually get their food delivered, and they thought chow time was right around the corner, but this time, it’s wasn't. 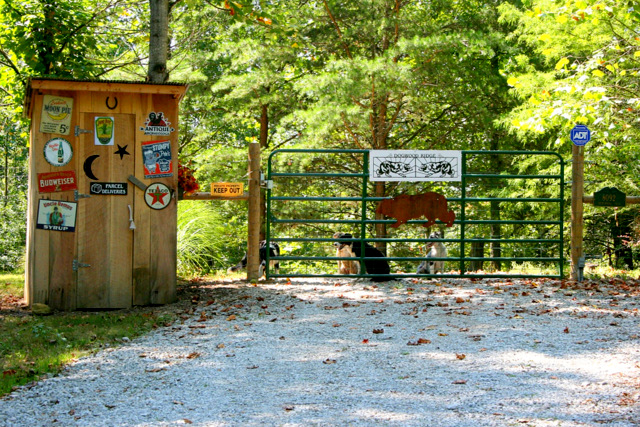 As I sat the package in the kitchen counter, everyone gathered around, and Dutchess got on the table because she wanted to be first to taste her new treats.  While she was a little disappointed at first, she discovered it was her second favorite thing.  Someone sent the dogs on the farm Ten Indoor Chuckit Balls, and it was like Christmas again but in July.

I took two balls out of the package and off to the lake we went, even letting JoJo carry one while we walked.  She seemed fascinated with it and loved the way they felt because of the size and texture.   Now stop right now…  Something I don’t understand is why they carry some objects in their mouth.  They will pick up balls with dirt on them, sand, nasty things and even poop and why in the world would they do this?  At least with balls, they won’t eat it, usually. 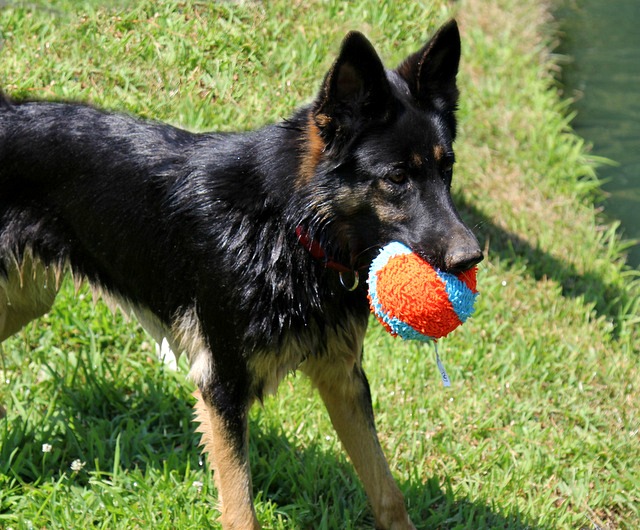 As we got to the lake, I tossed one in, and they loved it, and most of them went out into the water, and they were a huge success and JoJo jumped off the dock for one, which was a first.  After much play, it was time to go back to the house.  Everyone was wet and tired, and I put the box with the new balls up until the next day.  While they are great, they are called an “indoor” toy, but they work great outside too and are great in the water. 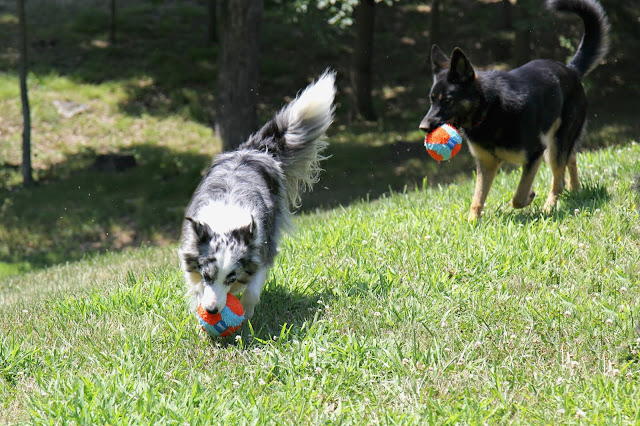 Every day, there are chores to do and things that need to get done.  The dogs always want to play and will bring me items such as balls, sticks or anything they can find that may bring them some satisfaction if it’s thrown.  This day was no different.  While I said “no” to playing they didn’t want that answer, so they walked off, and I thought they would find something else to do. And they did.

I turned the corner and on the driveway, and to my surprise, (not really) the dogs were having a ball, literally.  Someone and I suspect it was JoJo, got the closed box from the counter and took it to the driveway where she had more room and opened it.  She and the others found the balls that were wrapped in plastic and opened all of them.  All of this is done without tearing up the box that they came in.  I can only assume she wanted the Chuckit balls that were inside. 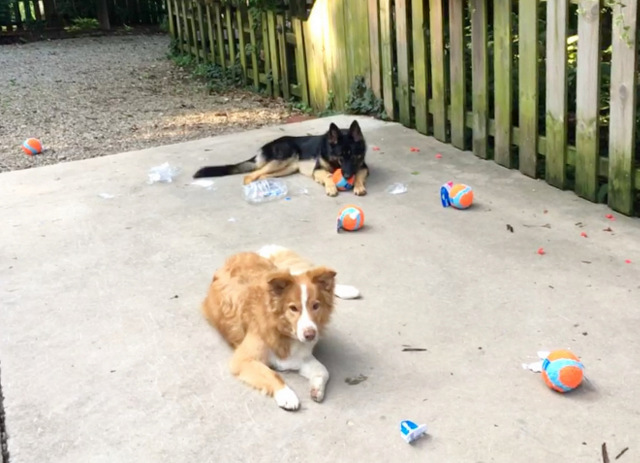 Several days later and knowing they enjoyed them so much, we went back to the lake.  Everybody enjoyed the fun, Some would bark and run up and down the bank, some would jump off the dock, but all in all, it was a grand day with a new toy.  So far they have held up well and seemed to take the punishment the dogs give them.  My only problem is JoJo has not mastered the command, “drop it.” and she will run off into the woods or who knows where, but usually brings it back, usually.  Thanks, Dave for sending the balls, they were a huge success, and of course, they loved them.  No balls were damaged in this event.  Ken

Posted by Dogwood Ridge Border Collies at 7:53 AM