After following some new on social media and reading the local news, all of my deepest nightmares came into my brain again.  I had heard about the incident and even said that I would go to a public forum about it.  The day of the meeting, Elaine, my wife called from her work and wanted to know what time I was leaving the house for the meeting.  I told her that I didn't know if I could go and she asked: “why?”   I thought for just a second and said: “I’m sure it will be taken care of, they don’t need me.”

In an affiliate to the Board of Zoning in November, a couple’s requested to breed  100 dogs in a barn with only two members of the family taking care of them.  It would have 3 X 4-foot wire cages that housed the dogs.  On paper, it was a grand plan for them but I knew different.  As I sat in front of the midday news in my recliner, my mind drifted back to the pain that I had buried so deep in the corner of my mind.  After several years I had all but forgotten the puppy mill case I worked on for 3 years along with two ladies that have as much passion as I do. 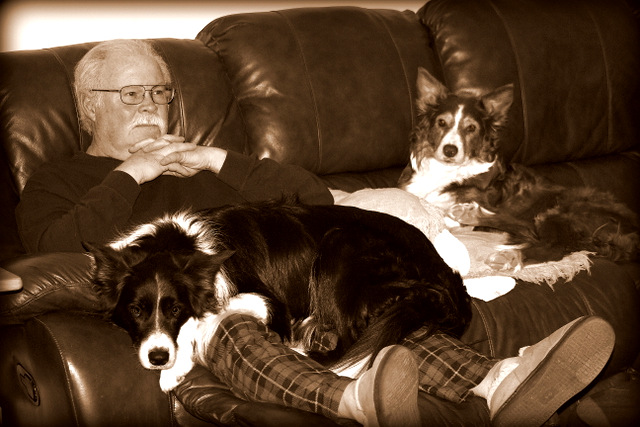 Anger rose from my gut, and I knew I needed to go, something clicked again, and I knew I need to do something, anything, no matter how much it came back.  I called one of my puppy mill partner and spoke about the situation and was even more determined to make an impact or at least know that I did everything I could do, they depend on us. "Evil prospers when good men do nothing" is what I have said in my lectures and now I had to take heed.  I pulled up some research and wrote my outline and was ready to go to a meeting I didn’t want to go to but I needed to, for the sake of the dogs.

I thought back to the days I sought to forget.  I could see the faces, hear the barks and smell the odors and even taste it, I wanted to vomit again.  Sleepless nights and hours of time were spent but it was successful, and we won, will we will again?  Hours would tell, and I started the car heading to the meeting.  The meeting was moved to a larger location because of the anticipated crowd, and when I walked in a little early, I thought their needs to be more people.  Lots of vacant chairs and I had my choice of seats.  I chose the front row.

Nearing the scheduled time, it started to fill up.  They had anticipated a crowd of about 200 people and had chairs for many.  When it was in full swing, there wasn't even standing room and everyone was ready.  I had my outline prepared and changed it several times.  I was forth to speak and wanted them to hear what I had to say, and it was short because we were on a time limit, but it was pointed.  Once at the microphone, I had to pause because I choked up, it all came back.

After over two hours of speeches from the audience, it was turned over to the couple who had petitioned the zoning board to rebut any and all comments that they felt that was unfair.  Not a rebuttal was said, and they said nothing.  NOTHING I thought, NOTHING, you’ve got to say something, anything.  The Board of Zoning was given a chance to ask questions.  At first, no one said a word, and I thought they didn’t care, but one Board Member started a line of questions.

“Will they get exercise?”
“Sometimes they'll get out of their crate.” He said.

I again choked up, I grabbed the arm of the person next to me squeezing it and said "DID YOU HEAR THAT, thinking I was hearing things and he assured me I heard it right.  Dogs that have served their purpose are put down for no reason except to make space for a dog that can breed.  This was a family business, and a van load of their relatives and children attended the meeting.  Soft-spoken and polite and wouldn’t lie because they were under oath.  Hard working at whatever they do but this family chose to breed dogs.  Not many more questions were asked.  The board members ask each other "are they actually in violation" and I thought OMG, I’ve been here before, it’s going to pass…

Everyone in the crowd stood up, holding their sign “STOP THE PUPPY MILL” but I knew signs don’t vote.  A motion was made, and the vote was 4 to 1.  The puppy mill was stopped in Bartholomew County.

Or was it.  This very family has another breeding facility in another county in Indiana  It has the same amount of dogs, doing the same thing where “Evil prospers when good men do nothing.”  It’s got to stop…  Ken

Note:  According to the 2016 Puppy Mill chart you can see the areas that are flooded with puppy mills.  They exist because of weak laws and pet stores that purchase puppies to sell.  "Online and in stores, 99 percent of puppies come from puppy mills, no matter what the breeder or store says. Mother dogs remain locked in cages their whole lives and have half the life expectancy of the average dog. Twenty percent of their puppies don’t even make it to stores. They die in terrible conditions. And the ones who do get sold often have undisclosed health issues."  The Humane Society of the United States. 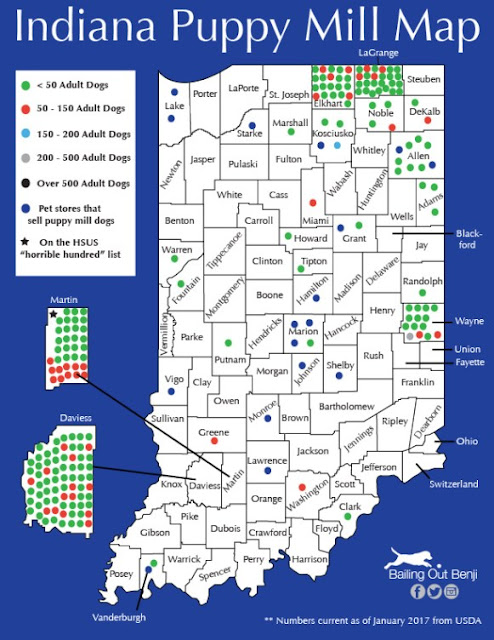 Posted by Dogwood Ridge Border Collies at 8:28 AM