We had a busy evening last night on our cruise, and we hit the sack after midnight for the 6th time in a row.  The cruise director thinks of things to keep you busy and content if you want to, but at times, I just like to sit and watch.  Over the last 20 years, we have taken a ship to most places in the east and western Caribbean and even the Canadian coast and Alaska.  There are many memorable moments that I remembered and some I would like to forget.  Most were when you got wrapped up in the free drinks while out in the sun on a beach or traveling on a catamaran with your hair blowing in the breeze and the Bahama Mamas tasted like Kool-Aid on more than one occasion.

This trip was very relaxing in so much as I took to take a nap every day after pool time and lunch.  It wasn't a hard decision because the bed kept calling us and we always succumb to its invitation just like the “all you can eat” meals including all the soft serve ice cream you can get in a bowl along with walnuts and almonds.  No matter how full you are, this is the last thing you get as you exit one of the dining rooms or the 24-hour Pizzeria where the people know our name.

Elaine and I have traveled to all 50 states, all the provenances of Canada and nearly every tropical island in the Caribbean.  We’ve taken thousands of photos that are stuffed in some drawer somewhere in the house that our kids will probably pitch in the big Dempsey Dumpster when we’re gone, but the trips were fun.

I did not bring a camera with me this trip because there are just so many photos that you can take of people and places.  As usual, if the kids ever look back on the photos before they toss them, they will wonder who Mom went with.  As God is my witness, I bet there are not two photos with me in them.  I always carried the camera and took shots of everyone else, and no one ever made any pictures of me.  Maybe there are some somewhere taken by an unknown person where I am in the background of their personal trip taking pictures of our family, but in a way, this is OK. 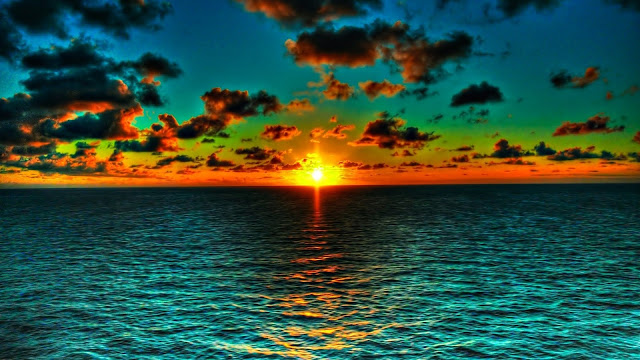 With the thousands of things I have done, you might be surprised at the things that are at the top of my “memory” list.  First, is the time that my son and daughter-in-law made the trip with us on one of our cruises.  One of the best parts of the voyage was the evenings we spent in our adjoining rooms on our balcony.  We would have coffee in the early mornings and at night watch the ocean and the waves and laugh into the wee hours of the morning.  One particular night, there was a storm a great distance from us, and the clouds and lighting seemed to be dancing and entertaining us with the lighting.  While it was calm and clear all around us, it was breathtaking to watch and ponder how small we are in the mighty, majestic realm of nature.

Once we also saw a mystery when on a beach in Hawaii.  It also took place at sunset and was something I never heard about but told to watch for it.  As the sun would set on the horizon and as it got closer and closer to the water which in itself is beautiful but when the sky is clear, a green flash just above the sun's edge can be seen for a second or so when the sun touches the distant horizon. Green is the hue that is bent most, allowing an intensity of green immediately following sunset. The flash happens so quickly it is nearly impossible to catch the event on film.

Our trip ends in less than 12 hours.  Two of our rituals have and will happen today.  This morning I awoke at 5am and bounced out of bed, grabbed a pot of coffee and went to the top deck of the ship and found my spot where the wind was blowing, and I felt reckless with nature.  In just a short time, the horizon started to lighten.  There was a cloud cover that covered the lower part of the sky but ended, several hundred feet up and it was clear.  Puffy clouds abounded, and as the sun crept up, rays of gold, orange, yellow and white sprinted across the entire sky.  The colorless clouds started to take on a pink tinge, and the edges were as bright as gold.  In my mind, it was spiritual, and literally brought tears to my eyes.  I watched until the sun was up and felt like I had seen a miracle and in reality, I did.

Tonight before we turn in for our last evening, and as usual, we will visit the fantail of the ship with a bottle of Chardonnay and two glasses.  Under the stars along with the wind, we will sit and ponder life as we have many times.  We will talk about the things we love and tell stories and antidotes and speak of the things we enjoyed, and as usual, we will talk about our dogs and how much we missed them and how much we can't wait until we see them again.  The one thing I miss most is touching them and the way they smell except when they roll in poop.   Ken
Posted by Dogwood Ridge Border Collies at 7:33 PM