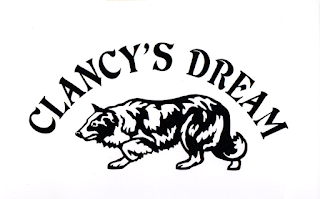 “Dogs, lives are short, too short, but you know that going in. You know the pain is coming, you're going to lose a dog, and there's going to be great anguish, so you live fully in the moment with her, never fail to share her joy or delight in her innocence, because you can't support the illusion that a dog can be your lifelong companion. There's such beauty in the hard honesty of that, in accepting and giving love while always aware that it comes with an unbearable price. Maybe loving dogs is a way we do penance for all the other illusions we allow ourselves and the mistakes we make because of those illusions.”  - Dean Koontz 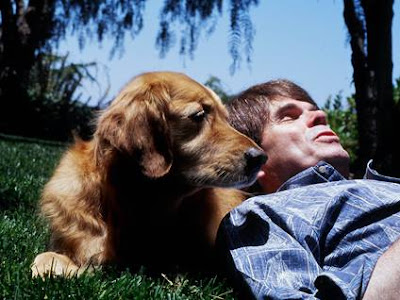 Several nights ago, A friend of mine lent me a book,  A Big Little Life by Dean Koontz, a very famous writer.  It is about his first dog that changed his life in many ways.  So far the story is lovely and appears to be a non-stop read except to write this Blog.  Dean Koontz and I certainly have something in common, the love of a dog and the pain associated with it.  Both are unavoidable, and the first is unexpected, and the last is inevitable.
From a Facebook post that was forwarded to me on June 9:

MIRA UPDATE: “Yesterday, we took in a female border collie whom a witness allegedly saw being beaten by an individual in McCreary County, Ky.  She was taken to Knox-Whitely Animal Shelter. After being sedated and transported – with a vet tech on board – to BluePearl in Louisville, she received immediate medical attention. We learned today that Mira, which we named her, had also been poisoned with antifreeze. Because of the severity of Mira's condition, we had to make the heartbreaking decision to wrap her in love and prayers as she took her last breath.”  The ArrowFund.org

Even writing this tears my heart out.  What pains me so much, is that Mira left this world and her last memory was being beaten to death and forced to drink antifreeze along with vile anger that someone had to harm her.  Many of us have held our loved one until the end of their loving life hoping that the last breath never came but it did and we all grieved, but Myra was alone and hurt.  When Dean Koontz and his wife knew it was "time" to cross for Trixie he wrote, “So there on her favorite couch, on the covered terrace, where she could breathe in all the good rich smells of grass and trees and roses, we opened for her the unseen gate, so she could walk again not on her now weak legs but on the still strong legs of her spirit, walk beyond that gate, an innocent into the realm of innocence, home forever.”

As hard as we try, there’s always more to do in rescue even as hard as we work, sometimes more.  It overwhelming and unbearable and it’s beyond my reasoning at times, and I do mean this.  I have seen so much of the ugly side of people that I did not want to see, but did.  The only solace is the man who harmed Mira was seen by someone and called the police, but nothing happened.  Because of the outcry of people who shouted for justice, he was later arrested on June 10, and he is facing a charge of animal torture causing serious physical injury and death, because some stepped in.  As in the Randy Sanders case in Indiana, who ruined Border Collies for over 40 years, until people stepped it did not stop.  This is not for everyone, but you can still help in other ways.  In the two cases above it was only stopped by people who fought for the lives of dogs, never seeing the dogs in the pain they are in but cared from a distance. Trust me, nothing can and will prepare you for that sight.

"This world is infinitely layered and Mysterious.  Every day of our lives, we see far more than we can comprehend, and because of our failure to comprehend disquiets us, we lie to ourselves about what we see."  Dean Koontz

I am so sorry to write this and as most of you know I wear my pain and hurt on my shirt sleeve for everyone to see and life is not always good in my world at the farm.  As I write this final script for this Blog, five of my dogs are laying under my desk because of a storm that is passing through.  They look to me to save them and I will, we all should, because there are many more...  Ken
Clancy's Dream