This has been a week of family activity.  We usually do things together and discuss things and take the best option to complete the task.  Just this Saturday morning, I opened a big box that a good friend had sent me.  At first, I wondered what it was but soon found out.  The dogs were watching around me, and they were excited too. 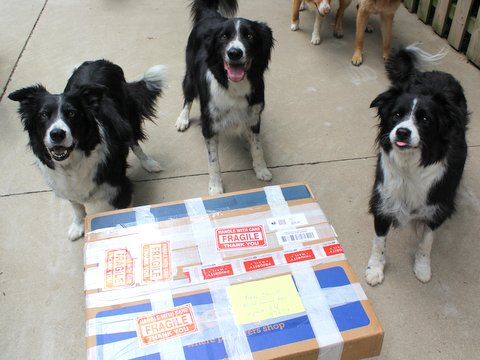 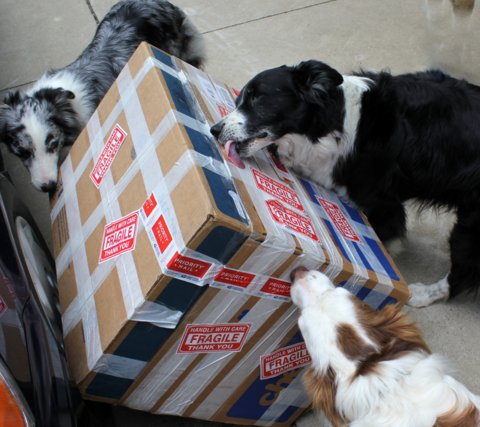 It is a GoDogGo Automatic Ball Launcher.   Everything was in the big box including some extra balls, and when I opened it last night, I put balls into the top and thought it would be pretty genital, so I turned it on.   Nothing happened, Dutchess frowned and I checked a few things, pressed some buttons and still nothing.
I had just got back from Louisville and needed to unpack so I figured I would work with it tomorrow.  Should be simple.  After going to the store this morning and putting things away, time to try the ball launched again.

Plugged it in, I put a ball in the shoot, nothing.  Checked the batteries in the remote, even turning them around, just in case, nothing.  I thought maybe there needed to be more weight on the ball shoot, so I added lots of balls that the dogs brought me, nothing.
Tried the remote again and looked at the control unit on the back.  The lights were on, nothing.  I did see a switch and when I made a closer look… “Standby” was visible so I switched it, power now.  A piece of cake I thought.  ERRRRR - ERRRR - ERRRR came from the bowels of the machine turning its wheels, making noises and it seems to be doing something.  Looked at Abbie and said, “this appears to be a little slow.”
VAROOM it went.  At nearly 200 miles an hour it seemed, the first tennis ball went through the wine glasses in our wine rack. 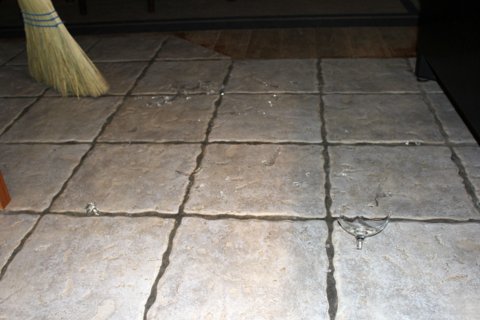 It surprised me so much I backed off.  Knowing I had to do something, I started looking for a switch.  VAROOM went the second ball hitting the fireplace and bouncing back through the house.  The dogs are loving it and the more it shoots, the more they bark and spin.  Heaven has arrived at Dogwood Ridge according to them.  VAROOM went another ball.  I grabbed the remote, punching every button, probably increasing the launch time.  What a calamity of tennis balls flying everywhere and always hitting one of Elaine's silly trinkets in the process.  VAROOM VAROOM went two balls.  Now it’s getting serious, very serious.  The  GoDogGo Automatic Ball Launcher had turned itself into the path of the dining room hutch that has our family heirloom of Royal Copenhagen of Denmark dinnerware that was designed in 1775 right in its bullseye.  Pricelessly is it’s the only word, trouble is mine. 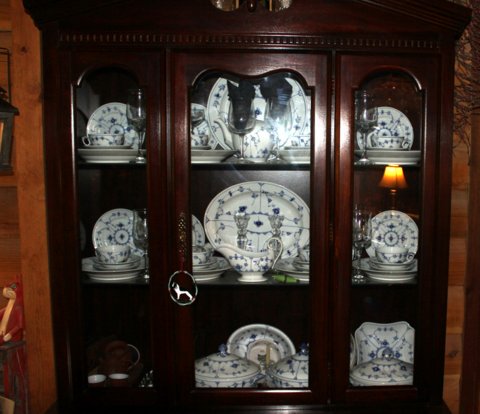 With a belly nearly full tennis balls and having the power to go through concrete walls, I only had one choice, grab the launcher in a bear hug and run to the back door hoping not to cause too much more damage as I ran with the antitank weapon outdoors.  Once outside and safe, my world was better and only wondered what ramifications will follow.  Elaine came out to see us because of the shotgun sounds and commotion that floated through the neighborhood and look at me, then the GoDogGo and the happy dogs turning circles and barking and said, “Seems like everyone had fun!”   My brain kicked in and I said, “they had a ball.”  The glass hutch with the dinnerware was safe and untouched.  She broke the silence and only said one thing, “Why didn’t you just unplug it?”  Ken

Thank you Karen F.  You make their day...

Note to self...  Never turn on a GoDogGo ball launcher inside the house.

The Border Collies of Dogwood Ridge

Clancy's Dream
Posted by Dogwood Ridge Border Collies at 8:16 AM