The town of Silverton, nestled at the edge of the foothills of the Cascades east of Salem, has been home to some notably famous personalities, including the movie star Clark Gable.  But this town’s most famous icon is probably a dog named Bobbie the Wonder Dog.

In the summer of 1923, Frank and Elizabeth Brazier packed up their touring car and headed east for a visit to Indiana. And, of course, Bobbie came with them — perched proudly atop the pile of luggage in the back seat, or else riding jauntily on a running board. 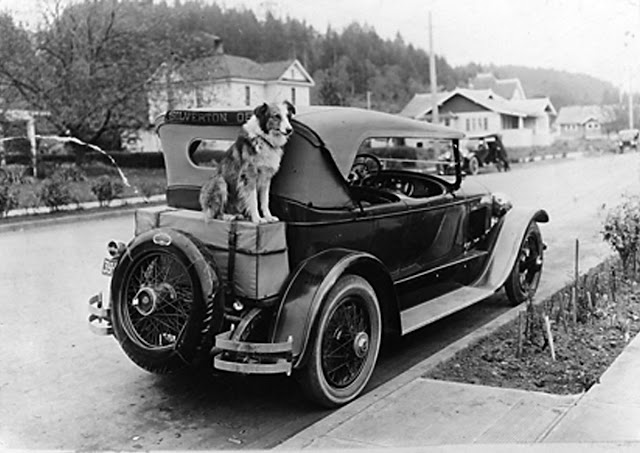 They were almost to their destination when it happened: Frank was gassing up the Red Bird when a pack of local mongrels jumped Bobbie. The last Frank saw of Bobbie that day, he was running for his life with three snarling dogs in hot pursuit.
At the time, Frank wasn’t worried. Bobbie, he thought, could take care of himself; he’d be waiting back at the house where the Braziers were staying, but he wasn’t.
The Braziers started searching. They called around town, advertised in the local newspaper and did some driving around. Still no Bobbie. So, leaving instructions to hang onto him if he reappeared, they continued on their trip. They’d pick him up on the way back home, they figured. 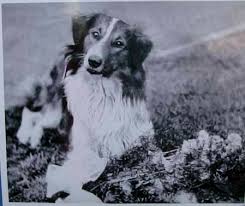 They figured wrong. Bobbie still wasn’t around on their return. So, regretfully, the Braziers continued on their way, leaving instructions to send him home on a rail car at their expense should he turn up — hoping for the best, but fearing the worst.
Exactly six months later, one of Elizabeth Brazier’s daughters was walking down a Silverton street with a friend  “Oh look — isn’t that Bobbie?” she said.


Sure enough, it was Bobbie — sore of foot, matted of coat, his toenails worn down to nothing. Bobbie had logged more than 2,500 miles and probably well over 3,000 — swimming rivers and crossing the Continental Divide in the dead of winter to get back home to Silverton and his owners. 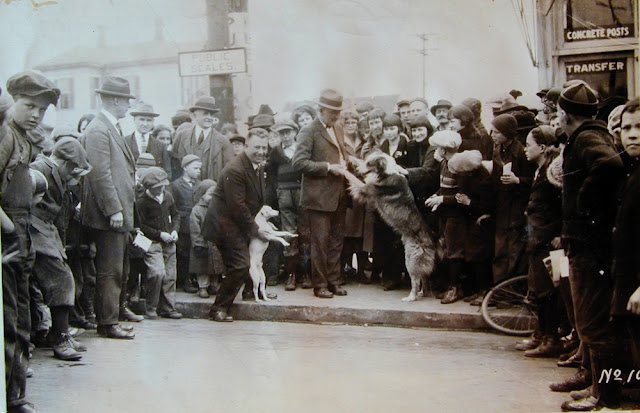 Within a week the story was making national headlines. Friendly people with whom Bobbie had stayed for a night or two on his journey wrote in to tell their stories. Putting all of this together, the Humane Society of Portland was able to piece together a surprisingly precise account of the route Bobbie took: After coming back to Wolcott and finding the Braziers gone, Bobbie first followed them northeast, farther into Indiana. Then he started striking out on what must have been exploratory journeys in various directions — perhaps trying to pick up a familiar scent to give him a sense of the direction to take.

Eventually, he found what he was looking for, and struck out for the West Coast.  On their trip, the Braziers had left their car in service stations each night. Bobbie visited each of these on the way, along with a number of private homes. He also spent some time in a hobo camp. In Portland, he stayed for some time with an Irish woman, who nursed him back to health after some sort of accident left his legs and paws gashed up, Bobby, the collie, was home. By Finn J.D. John — January 2, 2011

I would only assume that this is Dutchesses Great Grandfather but truth be known I'm sure it had a different twist.  If Bobby was anything like Dutchess, he was perched proudly atop the pile of luggage in the back seat and no-one knew he was there but if it was Dutchess, she would have jumped on the front seat, barging her way past anything or everyone just to get something that may have dropped on the floor that remotely could be something to eat. She would have been left at the gas station because she wondered off smelling food.  She followed her nose and went looking for something to eat on her extended trip.  Not worried a bit, she would have gone from house to house on her extended food binge meeting interesting people and different kinds of food, liking anything she was given. 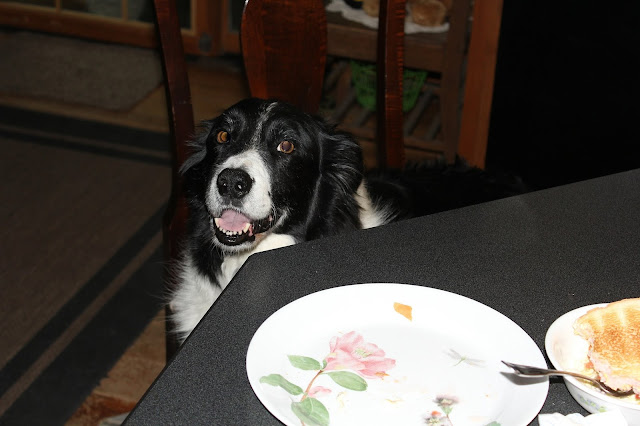 Also as she traveled throughout the nation, and when times got scarce her sad eyes always work for food and shelter, there was always the lifted paw in the air that stole anyone's heart or her laying down with her feet up in the air.  When she finally mosied back home, I'm sure she would have gained weight because of her mooching for food and rides and the people that called back to the little town were complaining about the stolen food and wanted someone to pay for her meals...  Only Dutchess...  Dad

The Border Collies of Dogwood Ridge

Posted by Dogwood Ridge Border Collies at 6:27 AM