With the first of December coming this week, Christmas has arrived a little early this season at the farm.   Usually this early everyone just thinks about what they are going to get for a loved one but I have receive a taste of a few of my “gifts” and I will tell you… much thought has gone into selecting them.  Like everyone, there is a lot of planning that goes into picking a gift, not just any gift but one that has much meaning and something that is dear to the heart of the giver and this week, I was “gifted” to say the least.

For starters, I have been given a very early gift for spring which was hard to prepare and took a lot of time.  A few of the dogs have esthetically cultivated the yard, and nearly everything around the farm.  They seem to have worked tirelessly and without any complaints and I’m sure they highly enjoyed it because it shows. 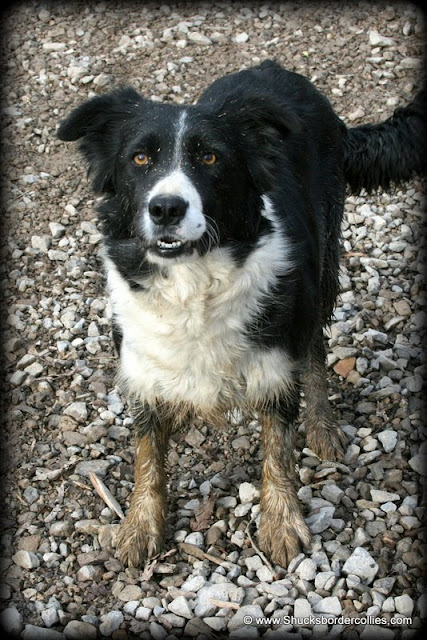 We have holes, grottos and thrown dirt everywhere.  When they ran up to me to show me, they were so excited and proud of their accomplishments that they jumped on me also giving me another coveted gift of dirty clothes.   But wait, it doesn’t stop there.  Before I could get them all scrubbed off, they ran to the house door and in Dutchess’s eagerness to share, she opened the sliding door by pawing at it, and gave another gift to the top of the bed, their paw prints, until we changed the bed which was very soon..  They were so happy and proud and the excitement in their eyes was wonderful…  Even though the cultivating gift was early it was much appreciated by them, I had a little different thought on this… and so did Elaine and because it rained the night before making it even more wonderful. 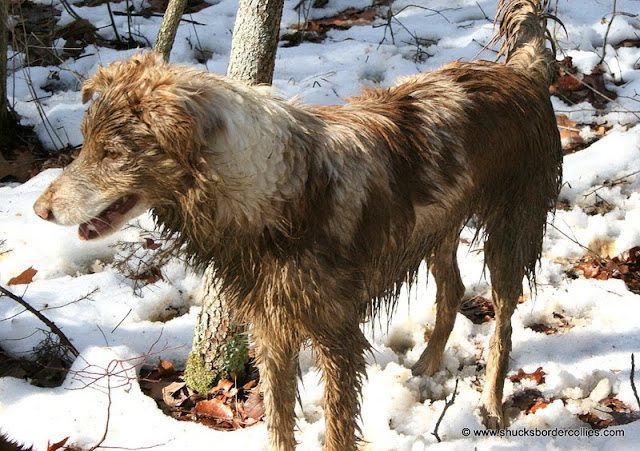 The second gift was a stick, many sticks.  It was long and natural, something they labored over just to pick the right ones.  Target and Heidi, knowing they won’t be here for Christmas, decided to give me there sticks this week too.   I will tell you, the sticks are pretty and when we took walks, they would go out into the woods and get the longest one and drag it to me with tails wagging and hearts beating.  Unknown to them, this is now part of the kindling for the house fireplaces.  Thank you girls.

The third gift was the best.  It goes along with the gift of garden cultivating but with a surprise, one of the most coveted treats of practically every dog.  It’s the gift of a varmint, not one I tell you, but three, just this morning I found one at the back door.  Just think, three moles in one week from different locations of course.  The ground Gods were with them during the digging, all that burrowing for a boat-load of varmints and it doesn’t get any better.  Sadly when I tried to display them in a prominent place in the house, I was sadly overridden, and their final destination of importance was the top of a fence post for all to see.  This way, it’s eye level for optimal viewing and they can’t change their mind for a later play toy.  This is nearly as good as when one of our dogs brought a hind leg of a deer to the porch for all to see and play with and who knows where that came from.

It seems like every dog has had a pre-gift gift to give this week, maybe they have the “30” days of Christmas spirit on their calendar and this is just the beginning.  But whatever it is, I do like it, some gifts more than others, but it’s what is in heart that counts… 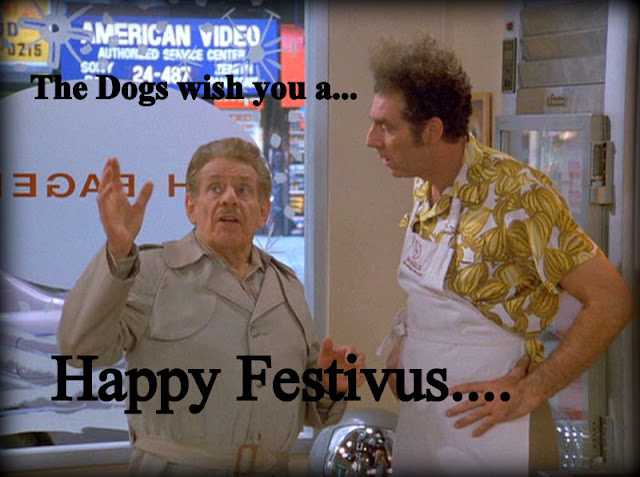 Just like Frank Costanza on Seinfeld who created Festivus which is "A Festivus for the rest of us!" it appears the dogs created a “Festivus” just for us at the farm.   I can’t wait to see what’s next, it may be a long December…  Ken

See you next week or follow us today on Facebook
Posted by Dogwood Ridge Border Collies at 8:03 AM