This poem goes straight to my heart, I read it last year and loved it but when I read it, I had a feeling of indifference until I revisited it several times and thought about it.  I soon loved it because it was seen though an obedient, loving Border Collie who told the story of his  shepherd “lads” who made the trip to the manger at the first Christmas. 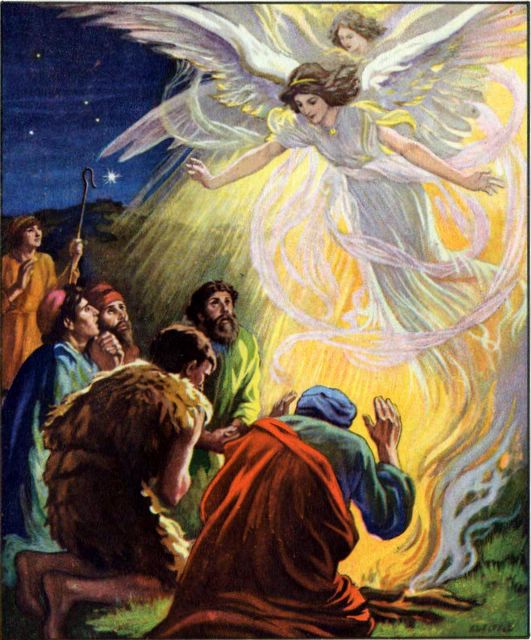 After the very bright light,
And the talking bird,
And the singing,
And the sky filled up wi' wings,
And then the silence,

I had to stay behind wi' t' sheep.
Pity they didn't tek me along too.
I'm good wi' lambs,
And the baby might have liked a dog
After all that myrrh and such.     by U.A. Fanthorpe 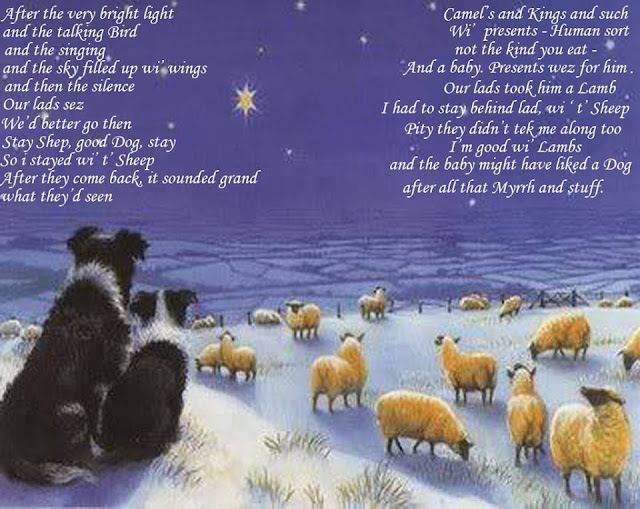 The language is so modest-almost simple. “ the singing/ And the sky filled up wi’ wings.” But then you gently catch on to what is going on, it’s the birth of the Christ child and the shepherds are going to see what is going on and the dog is talking about the Angels.
They leave the Border Collie behind to tend after the sheep because that’s his job and can be trusted. And there’s a hint of sadness in the line,

And then the presents the shepherds took, ”Our lads took him a lamb”

But the dog has responsibilities. He has to miss the greatest event the world has known because he has sheep to look after- and that’s what sheepdogs must do.

The last few lines are precious,

“Pity they didn’t tek me along too.
I’m good wi lambs”

I think the Collie regretted he couldn’t go, I know mine would.

The Border Collie understands somewhat why he couldn't go, even as mine do when I can't take them.   They may not agree, but they understand and know it’s their duty of what is expected.  Dutchess will fight me to get her way but in the end, she knows it’s her duty and will bow her head and comply.

As I said last year,  "the Christmas Season is upon us, it’s really about second chances, something we all need.  It is a gift that we don’t deserve but was given because of love many years ago, it’s only fitting that we give others a second chance too, whether it’s for people or pets." 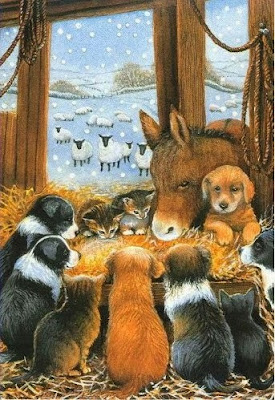 “Some stories are told with Claymation, puppets, and cheesy musical numbers but don’t miss their deep and abiding meaning! These stories have lasted for decades, if not centuries, because their message connects with us on a deeply human level by inviting simple truths into our souls, truths like “beauty comes from brokenness,” “joy isn't about what we own, but who we are,” and “even the worst of us deserve a second chance.”

Christmas is a gift from God.

It is a gentle reminder of the plot to this whole story called Life: that we once were lost and are now found, once broken and now restored. The Gospel of the Second Chance brought by the helpless baby-king born in a barn is a gift for all of us”…  Mike Foster

Merry Christmas from us here at the farm...  Ken... 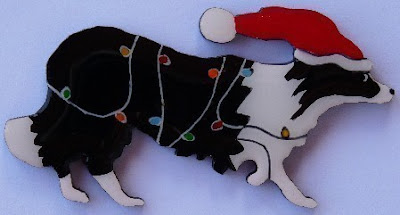 See you next week or follow us today on  Facebook
Posted by Dogwood Ridge Border Collies at 7:52 AM