It started several years ago, when some of the dogs would come back to the house from running and exploring the farm and I noticed a color chance on some of them. 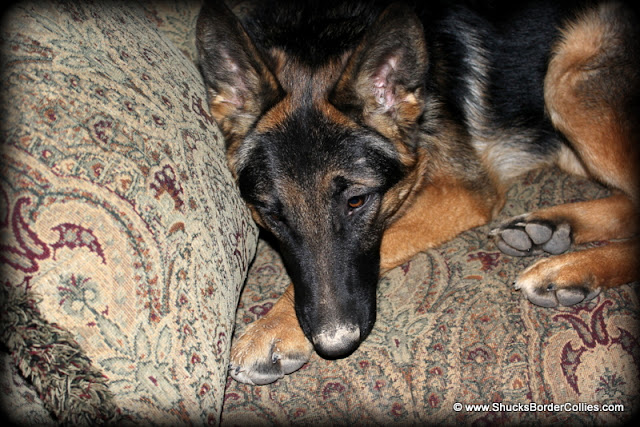 Rather than a black nose, a few of them would have a brown nose.  After examining them, it appeared to be dirt…
This is something that has just started here in the last year or so and seems to be worse at times.  My main little digger is Annie with Doc and Dahlia coming in for a close second.  After much thought and concern for my yard, mulch, vegetable garden and flower garden I tried to discover what was going on.

There are times that I will “discover” their little habit and many times when we are on a walk I would see them in the yard digging and their head in the dirt and tail in the air.  But that is not the only time they mess with the dirt.  Just yesterday, I went out the back door and one of my favorite flower pots looked just a little different.  A large clay pot that had been beautiful was now in shambles.

I really don’t know who is doing it because there are several dogs and guest dogs that will cuddle up for a comfortable place on some soft dirt.

Yesterday after I saw the clay pot, I looked at each one of their feet and noses trying to determine who the culprit was but I was too late as everyone’s nose and paws were clean, I guess they outsmarted me again. 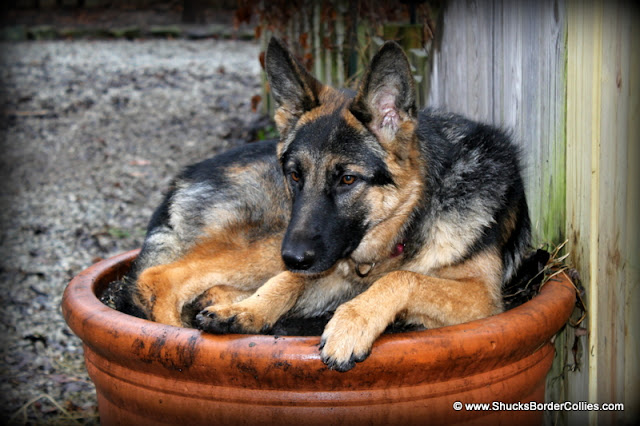 It seems to be a conspiracy on what they are doing here, they get together with friends and team up on me even bring Kacie, Lit Bit and Izzy into their fold, what is it with dirt... They sure love the clay pots...

It’s just a hootenanny here but you just deal with it… as many of you know.  Ken


See you next week or follow us today on Facebook
Posted by Dogwood Ridge Border Collies at 7:44 AM