The trip I made to Glen Highland Farm in New York this week was met with a few obstacles.  When I landed in New Jersey for my connecting flight I sat and watched people shuffle along to their destination without looking or thinking where they were going as if it was automatic.  After eating a chicken salad, I discovered it had shredded bacon on it, which I am highly allergic to because of a tick bite.  My last bacon meal sent me to the hospital because of an Anaphylactic shock, spending time in ICU for nearly a week with a breathing tube.  My epi-pens were in my carry on and I would use them only if necessary, but it’s a sure trip to the hospital.   Benadryl was useful, if only I could find some but the very last store did have it.  I did a lot of quick reflections of my life while I waited and was relieved when the symptoms didn't get any worse but a lot of time was spent on reflecting on my past and future.

Up arriving, I met the staff at the farm and everyone was wonderful and I also met my two roommates, Liam and Lennon who are young brothers. 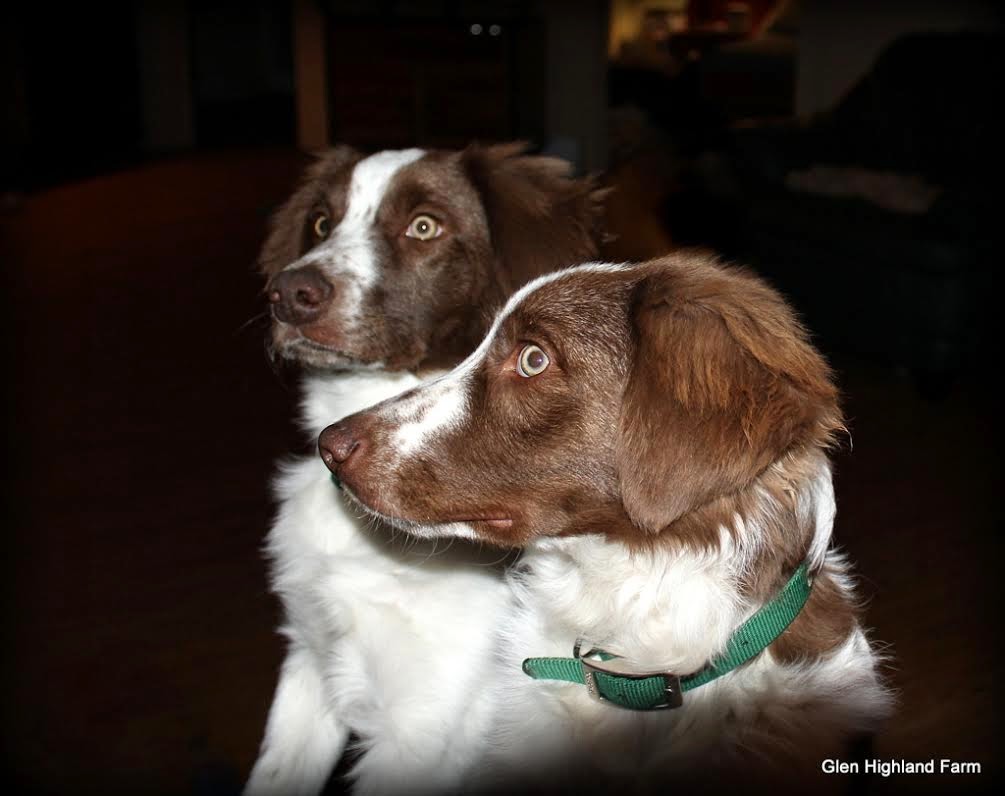 I learned they had a very rough start, both were treated for heartworms and now are free of them. Seems the dogs and I both have had some difficulties.  The three of us went to bed early, me in the middle and Liam on one side and Lennon on the other, just like at home.  I awoke to the customary licks and they both stood on my chest while they washed me, tails going in a circle the whole time.  It had snowed during the night and there was a fresh covering over several feet of snow already on the ground.  The sun was coming up and these little dogs and I walked to a hill where a chair was and we sat down and felt the wind blow and watched the day make itself known. 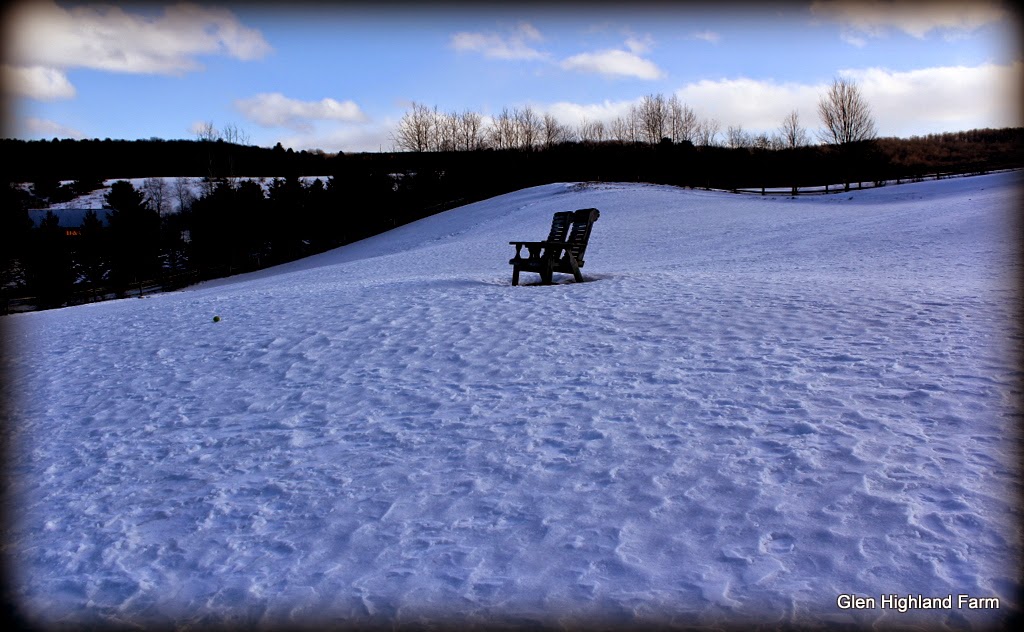 There wasn't a sound anywhere to be heard except the wind, it was alive and so was I.  The dogs sat next to me and depended on my shelter and comfort.  It was serene and tranquil and even spiritual.  I thought how much work went into fixing a wrong, a wrong that man screwed up, sometimes unintentional but sometimes knowingly and that is the rough one.  After my chores for the day were done, my evening time was quiet except when Liam and Lennon wanted to play, which we did. 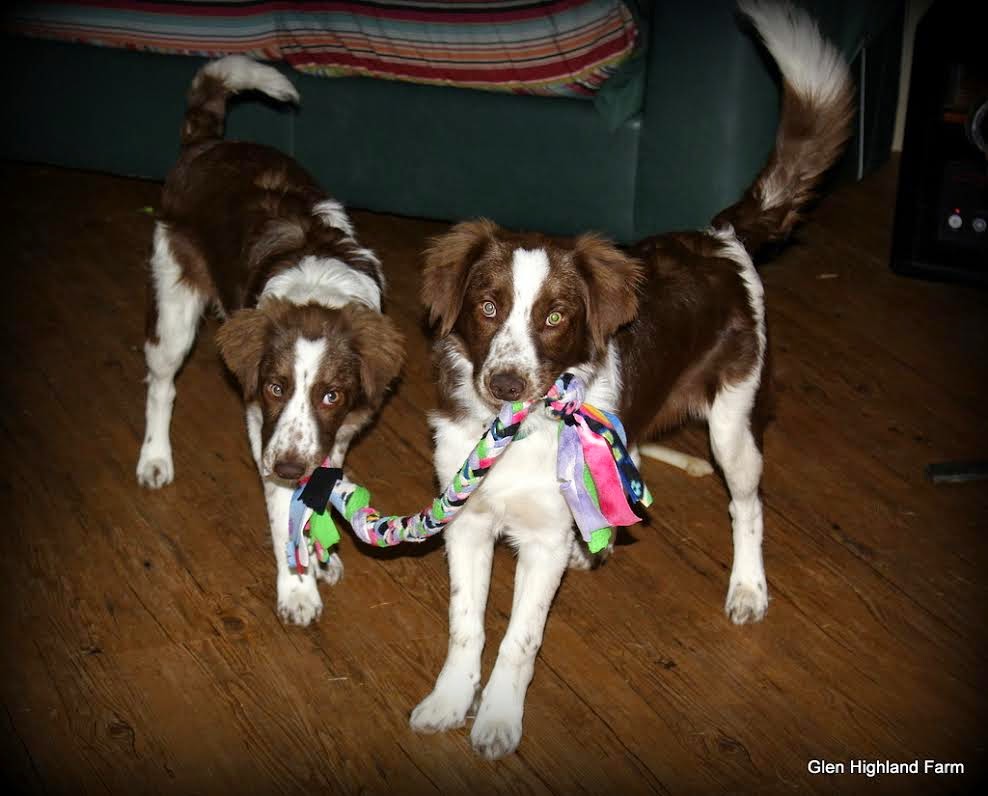 There wasn't any TV in the cabin and I would sit in a chair and they would bounce all around me and even on me, once again, just like at home.  When they did settle down it was time to reflect again.  Glen Highland Farm and I have a common quest, helping and fixing a problem.  GHF has rehabilitated over 2500 dogs and it’s increasing every week, there is never a lull of broken dogs’ whether it’s from a relinquishment, puppy mills, injuries, Craigslist or word of mouth, there is always one or two more waiting. However, there are always willing hands, wanting to help the hurt, comfort the terrified or bandage the wound at the farm. 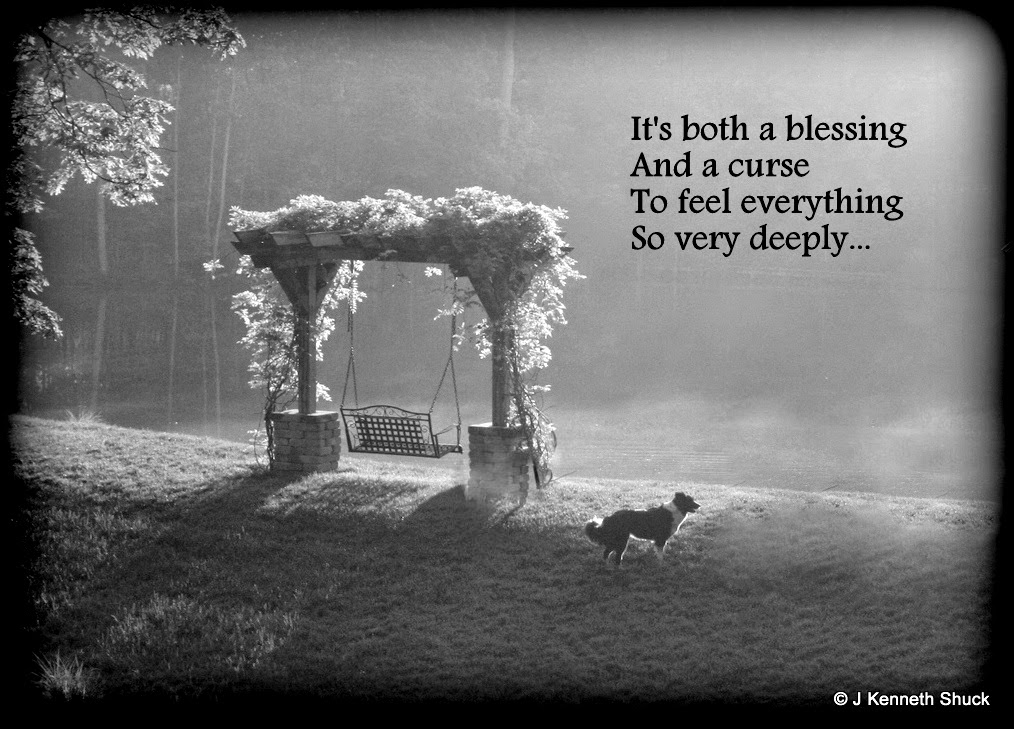 Even though I have boarded and worked with hundreds of dogs each year for 15 years, I have only just started to rescue, having rescued over 25 dogs in my home but every rescue starts with one dog, the “first.”  With Glen Highland, it was “Luke,” with me, it was “Bodhi.” And their life started us down a windy path of “Why’s and why not’s” Both had horrible starts and by the grace of love and perseverance they were saved, I would hate to think of where they would be, but I do know Bodhi was destined to be put down the day I drove 8 hours to get him.  When I found him, we stood in a hard rain before getting in the car, I cried, Bodhi just hung on to my waist burying his head in my lap.  While I know very little about “fixing” the problem, I am eager to learn and absorb anything and everything, and make a step.  I am somewhat envious of GHF because they seem to have it all and I wanted and needed to learn.
As I was on the plane flying back to Indiana, I thought about Liam and Lennon and the fun we had together and the future they will have.  I know I will never see them again but will think of them often.  As they find their new home, I know their new owner will never know the love and dedication that GHF put into them to give them a future, but I know, and I know it was from the hearts of the people involved.

Something most people don't understand, when you see the broken spirits that some of the dogs have, you are defensive and protective of the underdog, the disadvantaged because you are their last hope and from my point of view and the view of others, we know… “No one loves them like we do” Thank you Glen Highland Farm…

"Hey, who is that" I said as I walked to the bridge.  I wonder who it is because all of my dogs are with me.  Running straight at me as fast as they can, one had a ball.  When they were in front of me, I got a strange feeling…”Could it be?” I say, and pointed to the ground, just to see… the ball dropped at my feet and I know, it was Liam and Lennon doing the trick I taught them.  They licked my face and spun in circles to greet me.  I dropped to my knees and hugged them and said “I love you...it's good to see you” and before they ran off, I got my licks and love before they turned and continued on their journey, to the people who saved them and took care of them from GHF where many other friends and loved ones were at… We never know how our actions can and will effect the ones around us...    Ken

Posted by Dogwood Ridge Border Collies at 7:49 AM