Does it ever stop?  I've seen it a thousand times and they do it everywhere they go, no matter what they are doing.  If I’m inside the house and they are in a dead sleep on the porch and I walk anywhere near the sliding backdoor,  off they go down the driveway.  As fast as they can go, thundering toward the gate at the end of the lane.  If they are really excited, they don’t even look for me, they just thunder off to "somewhere land" not knowing where they are going, just somewhere.  They know there are balls and Frisbee's to be played with, and a lake they can swim in if they can get there in a hurry.  They are so crestfallen when I open the door to get something and walk right back inside that they pout.  “Bark, Bark and more Bark” Dutchess says “hey, what about us, let's play” with that evil eye she has.  All in all, they run everywhere they go, trust me.
Now I really don’t care if they run, I just want them to be careful when they do.  We have had many vet trips for sutures and x-rays and nearly every one of our dogs and neighbor dogs have made that same Vet trip.  Sometimes they will run into each other, nip at each other and even run into anything or everything.  “Over the river and through the woods to grandmothers house” is a wonderful verse to a lovely song, but with Border Collies, the through the woods part scares the bejeebers out of me.  I've seen them run through overgrowth and around trees missing them by only a smidgen of space with me, gritting my teeth the whole time, wanting to turn my head and look elsewhere.  Just a few weeks ago, I was brushing Abbie and discovered that she had a cut on her right side. 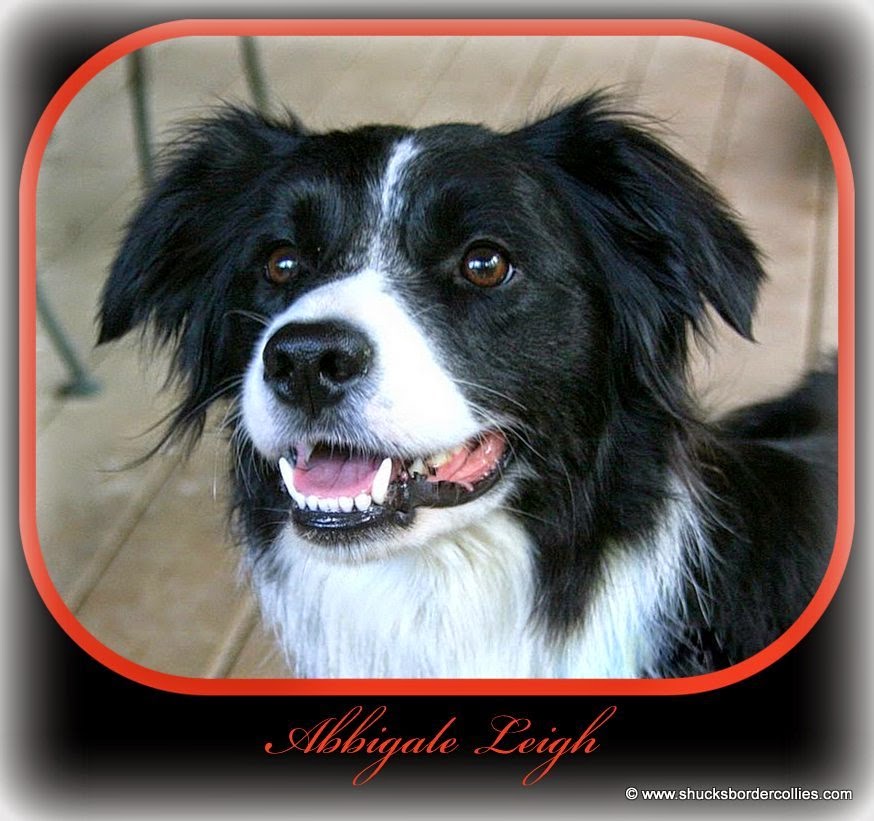 After a good exam, I felt that it is something that we can manage and watch at home.  I had some antibiotics from another dog injury which would help with infection so we were well on our way to the “home health care” plan.  I sprinkled on some antibiotic powder along with an antibiotic pill and now we were on our way to recovery or so I thought...  In just about 2 minutes, Abbie had licked the powder off and continued to lick her boo boo with great pleasure.  As it comes to pass in most dog’s life, especially Border Collies, they face the dreaded doom…”THE CONE OF SHAME” or as some call it, "The No Fly food cover". 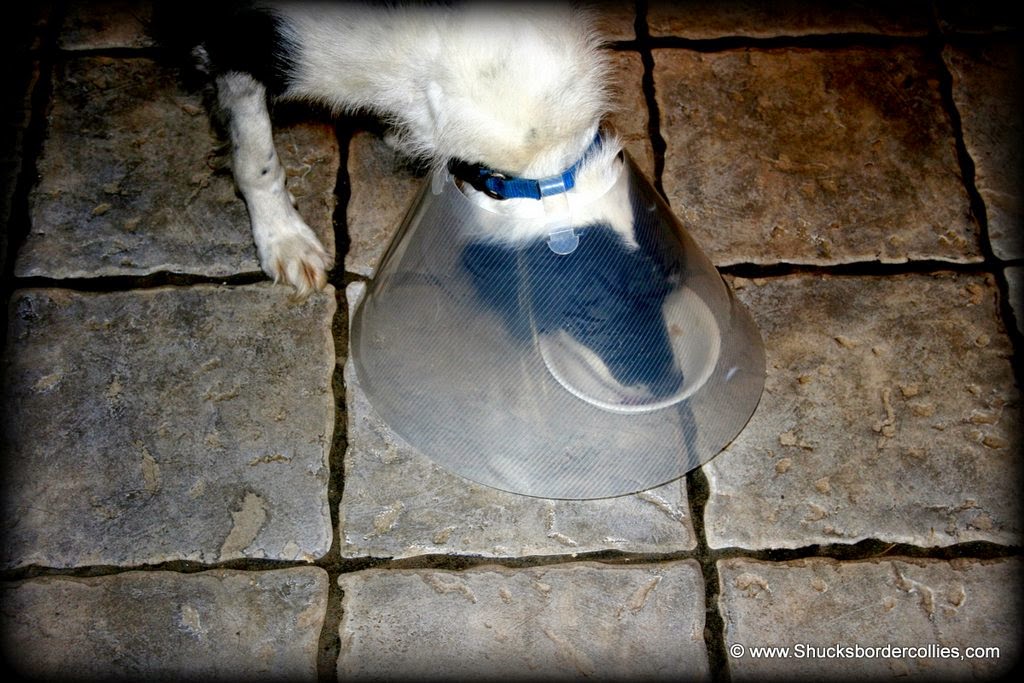 Being an experienced BC owner, I went to the top shelf in the kennel and got the last cone we had.  This was Abbie’s first time in the cone but after a rough start, she had mastered the “run and bang” theory very well, hitting everything in sight, and not stopping.
Of all the past “cone of shame” wearers, she was the most active.  Abbie would assume it was flexible and would run as normal.  While I tried to limit her activity, you know it’s impossible with a BC, so off we were on a joy ride of sorts.  After nearly knocking the back door off its hinges, tires off of the car and whizzing past me knocking me to the ground, the “Cone of Shame” had seen better days in just one day.
Needing to replace the “Cone” as we BC experts call it, I made a trip to our local and friendly Vet’s office where I am always welcomed with open arms and wallet where a new one was purchased and off we were on "our" joy ride again… and in just a few days, Abbie was running and her cone was flapping like a bird trying to take off and because of her speed, she even whistled as she ran through the woods.  I discovered that the manufacturer may want to upgrade the material or make a special Border Collie “Cone” made from of indestructible material but in the meantime, the Vets office has ordered me a few more...  Ken 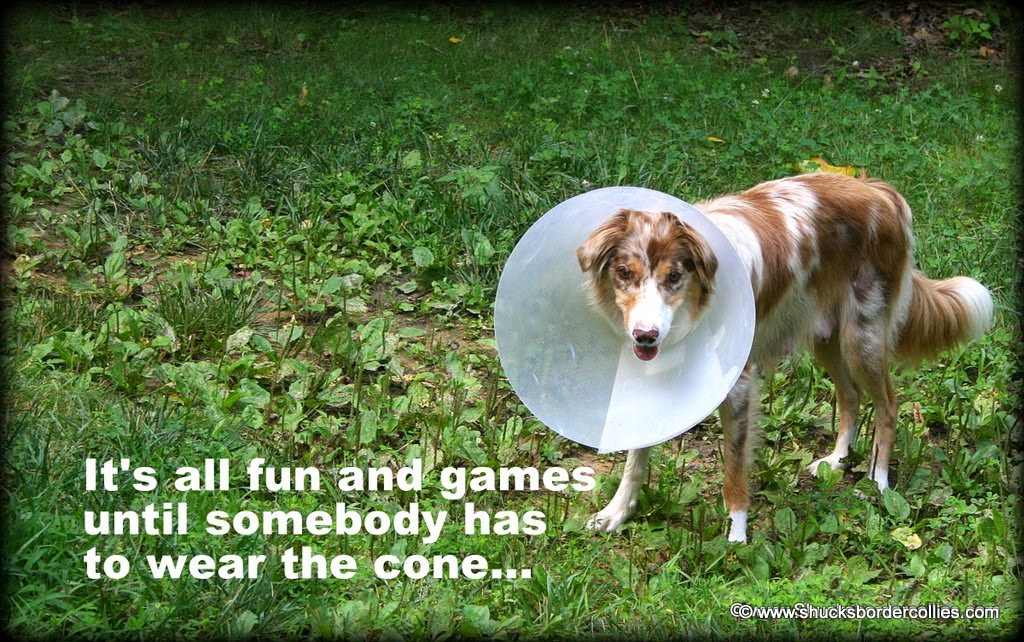 Watch for us next week but follow us now on Facebook
Posted by Dogwood Ridge Border Collies at 7:53 AM