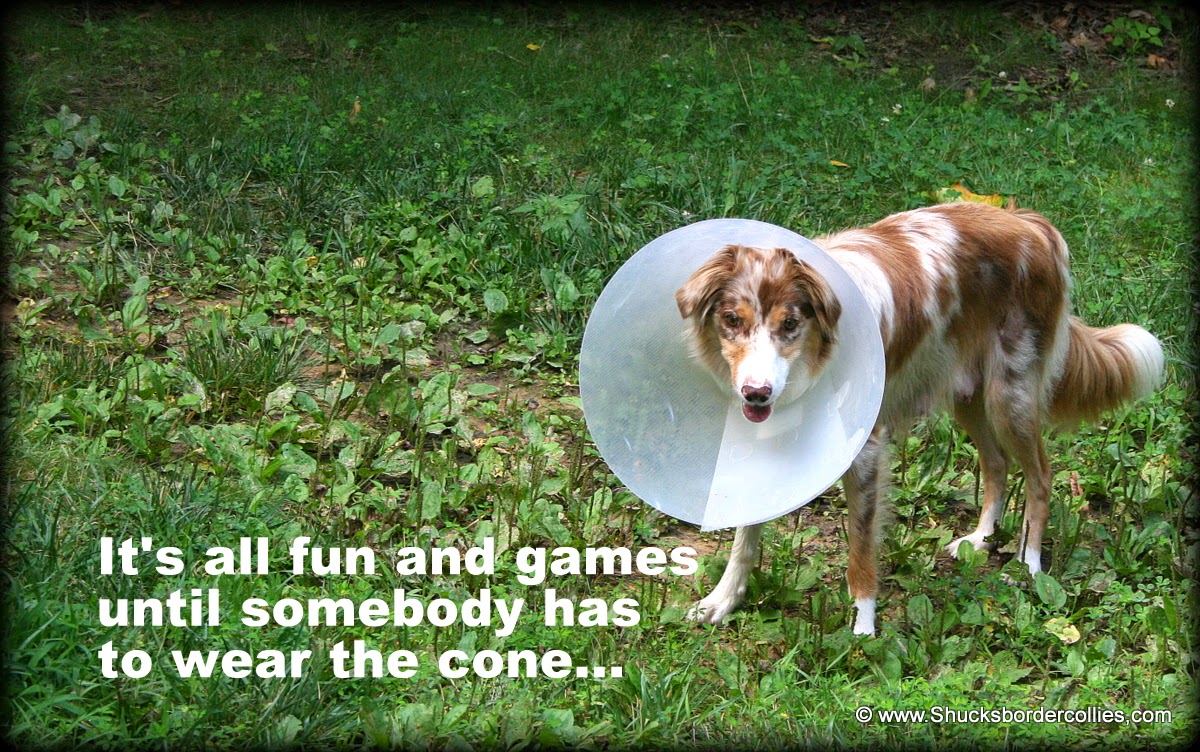 We've been around dogs for a long time and at times it seems just like yesterday and sometime a lifetime.  A lot of people enjoy the dogs and being around them but they never know the behind the scenes activity we can have.   This year has been especially busy with dogs that needed to be kept quiet and with BC's it's hard.  In the past, we have had our share of injuries and the one that really got to me, was when Meggie ran into several 6" 3/8 inch steel prongs on a fence right in front of me and collapsed, impaling herself on them.

As I sit here writing, I think of all the things they have gotten into.  Pulling a toenail out and that's pretty gross, lots of bleeding and nothing you can do, breaking a toe is a lot cleaner but requires a cast.  Surgeries are never easy, especially if they are not planned as most are not and it seems like I have been at the Vet’s office more after hours than when they were open, but at least, there is no waiting. 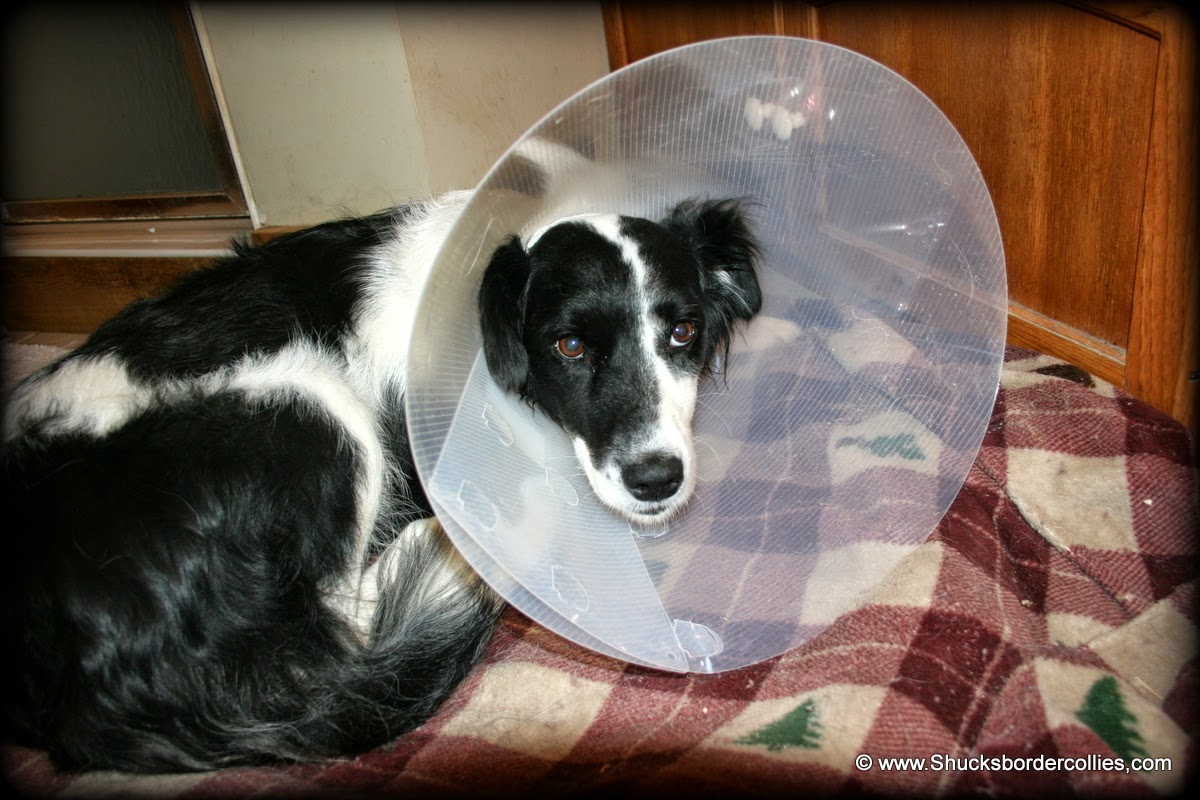 It always seems like when an emergency comes up and I look at the clock, the Vet has been closed for at least 15 minutes.  Twice, I did get hold of someone in the office and said “I’m on the way” and they waited and I think they understand because that too is a Border Collie thing too.
As I said, this year has been especially busy with odd things that happened.  First, there was Clancy running and brushing his side on a stick, which required two surgeries. 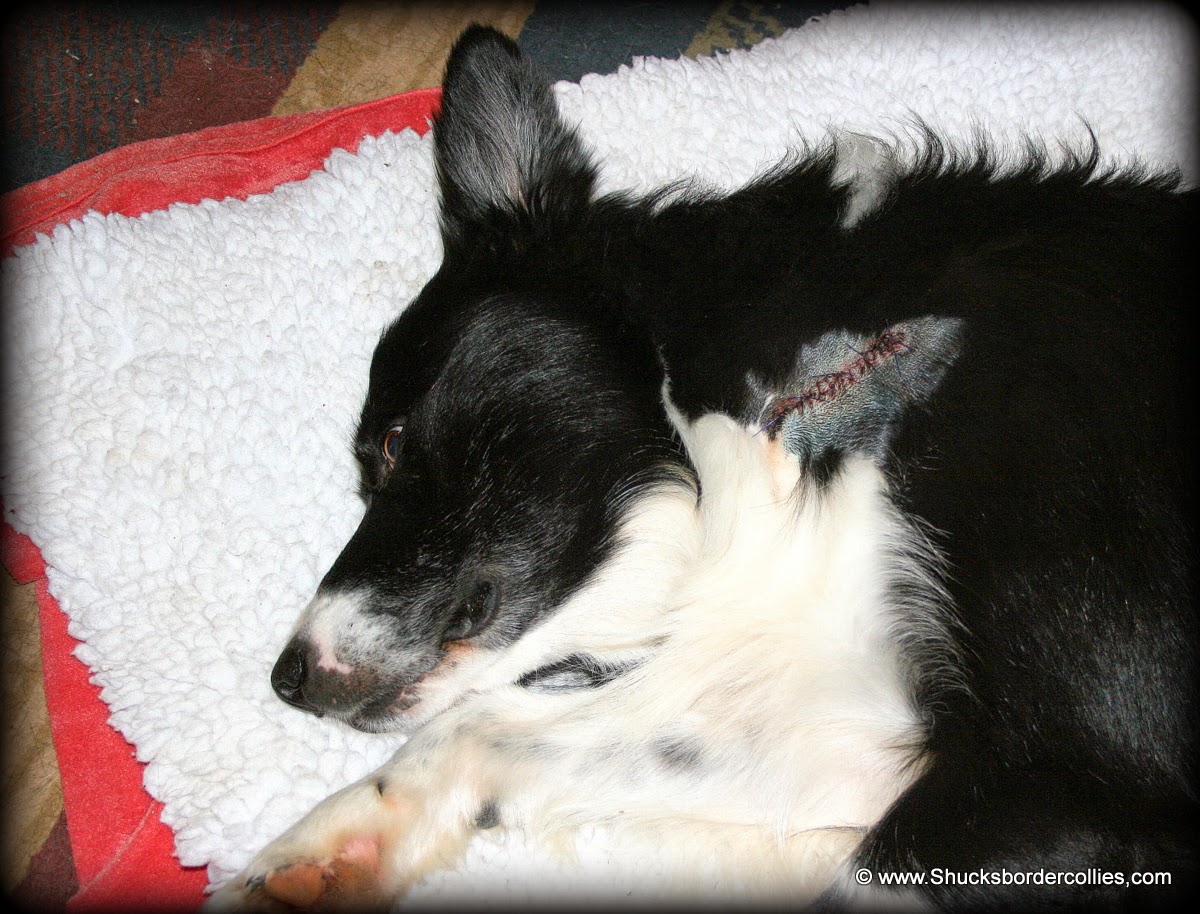 Doc who had Heartworms and was treated, and just this very day, we are nursing Dutchess who has a large cut on her leg along with Meggie who is recovering from a hurt front paw from extensive running and playing.

All in all, we have excellent Vet care and would trust our Vets impeccable but the problem lies in the recovery with all the dogs.  Clancy was restricted for three weeks, Doc for 10 weeks and Dutchess for who knows long because she was not stitched up and her wound will heal on its own which could be as long as 6 weeks or better.  This would not be as bad if we only had one dog but when we exercise the pack or play ball, the restricted dog can hear us and wants to join in.  It’s very hard to restrict them, especially when they don't understand what you're doing is for their own good.  They do get more attention by being in the house and sleeping on the bed nearly every night. 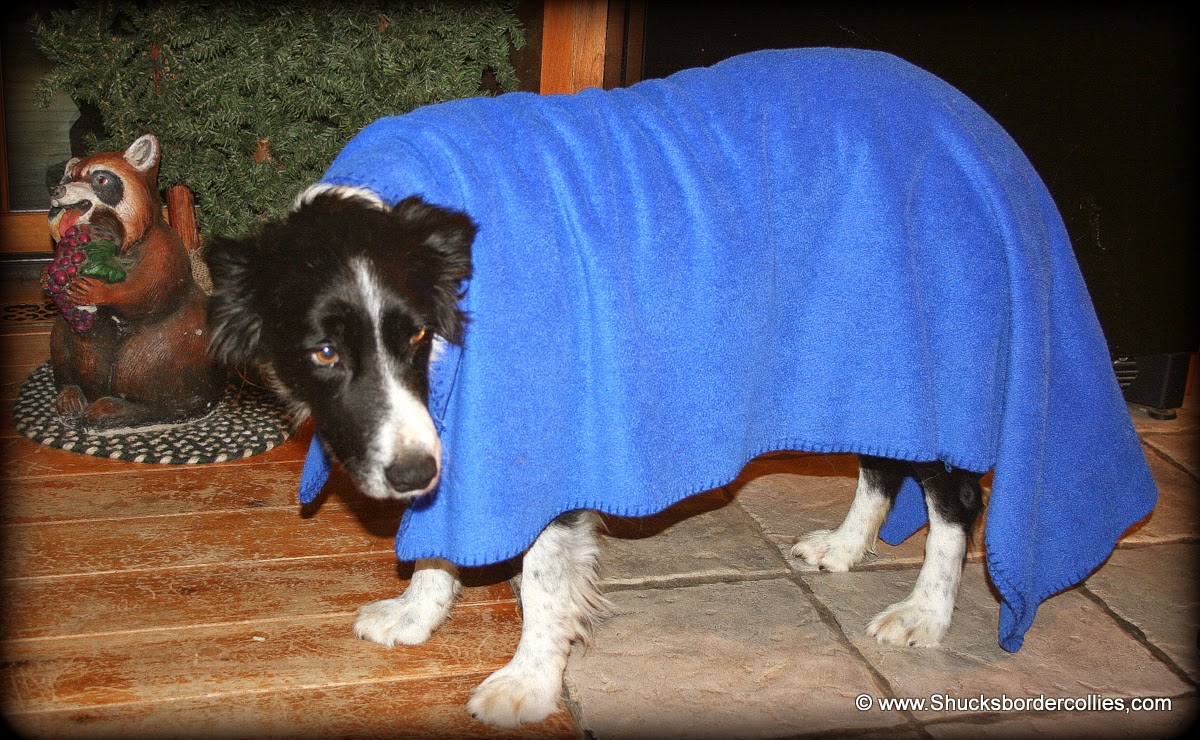 If you have been through this, you know precisely what I mean but a lot has to do with the activity level they have.  If you have ever seen this herd of horses run over the dam or through the woods you would wonder why they aren't hurt even more because they are driven.  I once had a person watching our dogs play because he was interested in getting a border collie and after about twenty minutes, he thanked me for my time but decided not to get a BC, he didn't think her could put up with the activity.  They are non stopping, no slowing and preventing them to do the things they are bred and want to is very hard.  If you knows BC’s, you know they are driven in many areas, but when the mean old man puts the cone of shame on, the bandage on your leg, the fun stops…Sorry Dutchess… At the end of any day, they can say “We played Hard” and it shows...

Footnote:  I could be a millionaire if only I could invent something that they can’t get off their body and lick the wound…Ken 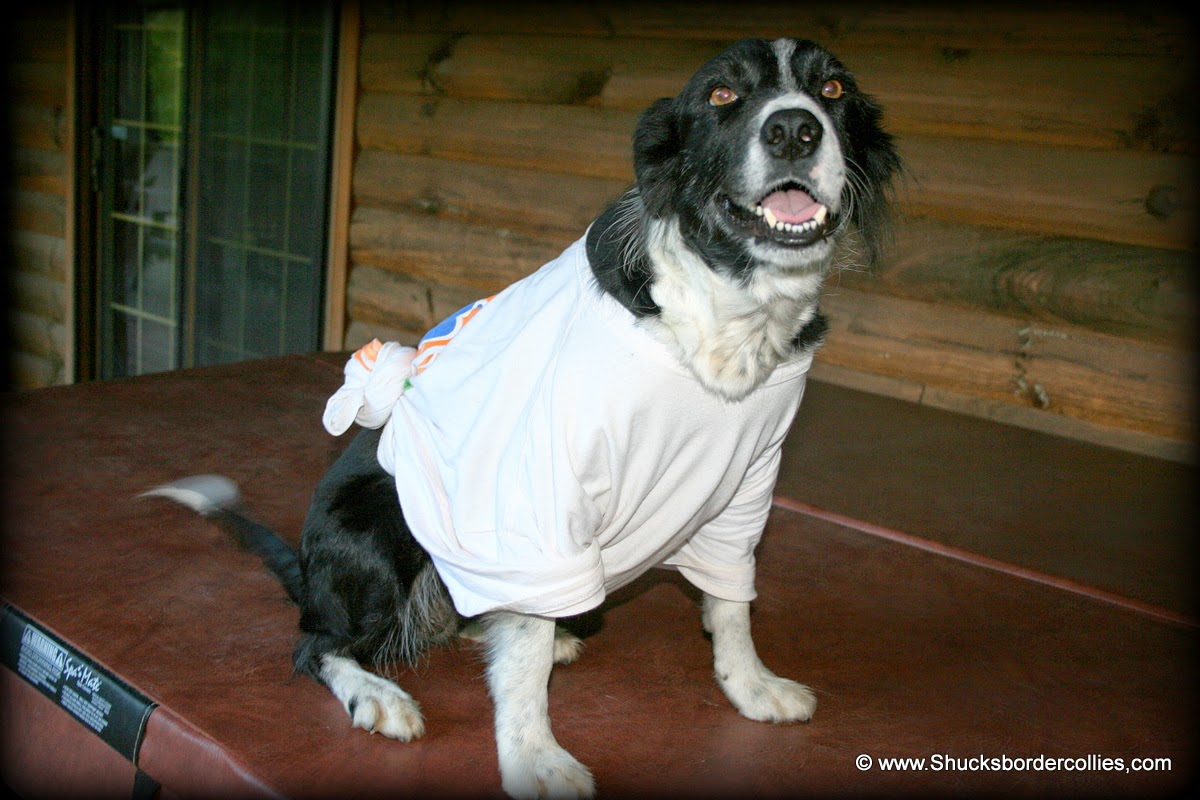 See you next week or catch up with us now on Facebook
Posted by Dogwood Ridge Border Collies at 7:42 AM