Sometimes the Spots Do Change

Several years ago, we brought home a little pup that we called “Annie Belle”.  She was a cute little girl and was just a puppy of seven weeks.  She was a little independent and at times a little stubborn.  She would love you when she wanted to, but when you wanted to love on her, she was just a little distance at times. 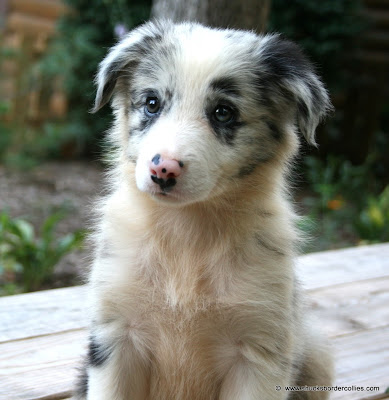 Most of our dogs will sleep with us or lay in our lap when we want to be near them, Annie on the other hand will keep her distance and at times walk a wide berth around you.  Don't get me wrong, she is a loving dog, but it’s on her terms and or when she needs something from you, but she always got along with the other dogs. 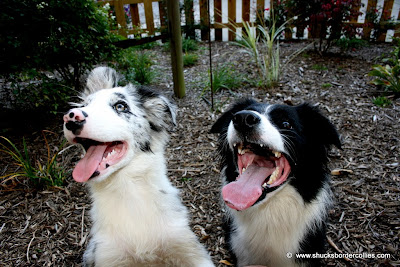 After she reached adulthood, we knew we would breed her and had prepared ourselves and her for the big moment.   Well that time came several months ago and to say the least, it wasn't very pleasant for her.  she became a little spooked and scared and I happened to be near her and saw the fear in her face and her saucer wide eyes.  Not wanting her to be scared, I sat with her and held her and comforted her while things occurred which can take some time with dogs.  Annie buried her face into my neck and she was scared and wanted to walk away, but couldn't.  For nearly 20 minutes, I held her and stroked her face talking to her, just to let her know I was there and everything would be OK, just trust me...  When she was free and was able to leave, I thought that would be the end of that, just another day on the farm and we would go on as usual, or so I thought…
After about 3 or 4 weeks I noticed my little shadow showing up and walking into the room I was in looking for me.  I will never forget the time I was sitting in the recliner and Annie jumped on the couch and walked into my lay and nuzzled down for a quick nap, but just a cat nap as she was gone in a flash.  Elaine noticed and even mentioned that “that’s a first” Annie jumped down and I know I had a little smile on my face as she walked away, because that WAS the first time Annie came to me and laid in my lap.  Little things seemed to change with her, she would lie next to me most every evening while I would rub her swollen belly, and she got close, but never too close…
As she progressed with her pregnancy, this routine never changed, but on the night of her delivery, things happened that I never expected.  Elaine was in bed because she had to go to work and I was on puppy duty and at 4:20 am, the first pup was born as I watched and assisted.  “Come on girl, help me out” as I stimulated the pup and cleaned its mouth and face, something the mother will usually do.   I then held it up to her, wanting her to take over, but to my surprise, she turned her head and ignored the pup.  “Elaine, I need you” I yelled into the bedroom “We've got a problem”.   Annie wanted nothing to do with the pup and would not help out at all and this is a very critical moment and it looks downhill from here if something doesn't change and change quickly.  With 7 more pups to be delivered, we had a big problem.  After some gentle persuasion and trust, she took the first lick on the nose of the pup and then another and then many more.  Thank you Lord, she has accepted it and things were looking up and it was for the rest of the night, all were delivered and everyone was healthy and whole, life was good and it actually was…. 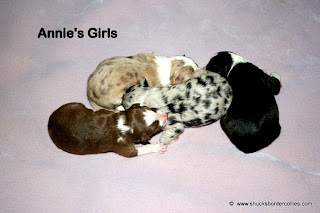 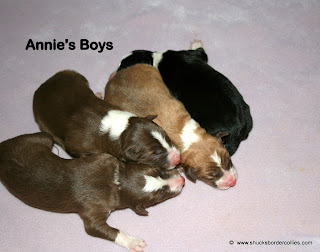 “Stop”  she signaled to Clancy as he wanted a peek into the pups.  She growled and snapped at him, even Clancy backed away from and Annie who is 20 pounds lighter forced him back.  It was known throughout the farm, “Don't mess with Annie or her pups” if you another dog and everyone steered clear.  I have seen Annie stand at the kennel door and ward off any dog that wants a peek except for the girls. 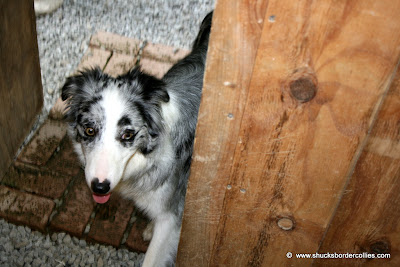 Annie has come from the worst example of a mother to the best and she is one of the only dogs that will come and get me or stand at the kennel door and patiently wait for me to let her in with her pups so she can nurse.  Even today, she will go to them and for just a quick second let them suckle for just a moment even though they were weaned several weeks ago the whole time clean and licking them.
“What a different dog” Elaine said as Annie jumped into my arms for a nap one night, something she will regularly do nearly every night.  Me and my little shadow are inseparable now and we will both be grateful for the trust we put into each other. 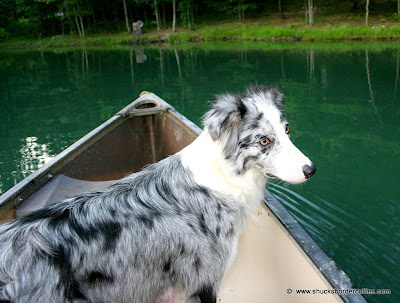 She will look or hunt for me and always expect a place on my lap which she has.  Sometimes spots do change for the better because trust, love and compassion replaced fear and anxiety as it did several months ago...My Sweet girl
Follow the Farm on Facebook
Posted by Dogwood Ridge Border Collies at 7:36 AM