Give Them a Chance

We had a wonderful few days this week.  We had a couple board their dog for two days and we got the privilege to watch their 5 month old, part Border Collie, part "something" puppy.  Her name was “Scout” and she was a wonderful dog and we enjoyed her stay very much. 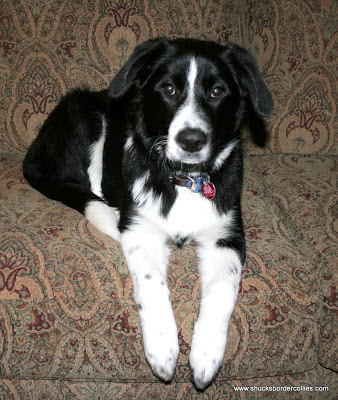 She was very well behaved and had the run of the house and did not have ANY issues with anything, including getting along with all of our dogs.  When they arrived on Friday, they also brought their other two dogs too.  They were also great dogs and at times I was envious because of their beauty and nature.  One was an “Aussie” and the other’s were full or part Border Collies.  When we settled down and enjoyed some good conversation, Elaine and I learned that all three were dogs were rescued.  All three were a pleasure to be around, and were beautiful and well mannered. 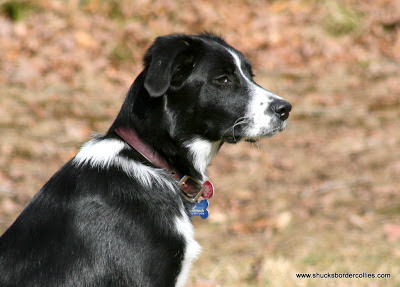 As I thought about this, I remembered that one of the best dogs we ever had was a  “Free to a good home”.  He was a wonderful pet and added so much to our family.  This week, I have had 3 different calls where people wanted dogs that did not need a puppy.  One was a student in college, one was a senior citizen and one did not have the space.  All three wanted a border collie for several reasons and in my heart, I knew it was a bad idea.  With all three, I talked them out of getting a Border Collie puppy, something most breeders would never think of doing, but I knew it was a bad idea at "this" time in their life and my concerns was the well being of the dog.

But what are the alternatives? The senior citizen, who was 82 had always had Border Collies, and wanted another one which I can understand, but a puppy?  My first thought, God forbid if he passes before the dog, who will take care of the dog.  Would the dog go to a neighbor or friend who really didn't want it and then relinquished it to a shelter?  This could mean certain death in some cases. I suggested that he find a BC rescue and adopt one that is also a little order and they can both spend their twilight time together and besides, you don’t have to house break them and go through the puppy stage.  The other two people also wanted a pup and I suggested the same thing.  There are many BC’s given up for many reasons.  The biggest being activity or lack of it from the owner but others reasons play a part in this too.  We once re-homed a BC because the owner died unexpectedly and no-one in the family wanted the responsibility of a Collie.  There are a lot of wonderful dogs that are out there looking for good homes, just waiting to shower you with kisses and waiting for you to get home.

While I certainly understand everyone wanting a Border Collie, not all matches are made in heaven, but the timing might be bad or you might want to wait for the right fit.  Everyone needs a home and if you can, look at some alternatives for a dog.  It might be the best thing you could every do for yourself and for the dog.

While we do raise Border Collies here on the farm, in my heart, I do feel that there is more to being just a “breeder”.  It is also my responsibility to be an advocate for the breed.  While I want everyone to feel the love for the breed, there is more, and while we usually don’t have pups to sell.  There is always a need to instruct, advise and provide a place where dogs can socialize and board that is BC friendly and where people can come for help.  I have never looks at having or selling dogs as a business or in competition with other breeders.  All breeders should be in for the dog, nothing else and if I can help, just call. 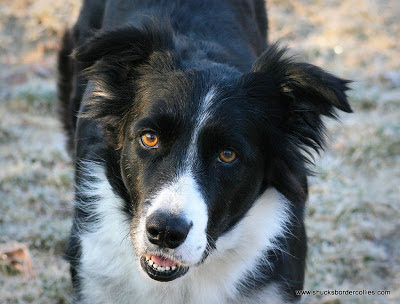 On another note, Dutchess is doing well, she is ready to play and wants her stitches out, which will be today...Good Girl.  It was nice to see her in the house and lay in my lap, just relaxing and sleeping.  Her only issue was during a walk, she got on the ice and fell through in 8 feet of water.  Luckily, our guest was with her, walking his dog.  He jumped into the frigid water over his head and saved my girl.  Thank you...Bad girl... only Dutchess...

Posted by Dogwood Ridge Border Collies at 7:53 AM