Every year everyone makes resolutions for the New Year, well here we are at the beginning of the year and I’m sure most of us have plans to change things and do things different in 2013.  At least we made it without the world ending on December 21st and we have another year to look forward to.
As most of you know, I am a planner and will sit and think of ways I can make it better or easier.  While lying in  bed I will have images of projects spinning through my mind.  I have always done this and it has cost me many hours of sleep just because I can’t shut it off and in many ways this is a curse.
There are several projects that were started in my mind and even a few were physically started.  The biggest was the fence and that was a real blessing for us and any guest dog because of the peace of mind in knowing  my dogs and any others are safe.  I am so pleased with it and have seen many great benefits from it. 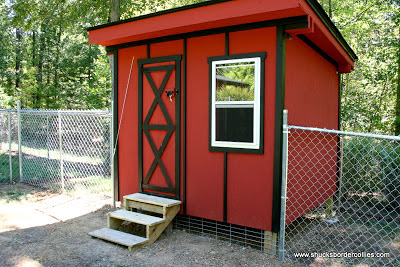 The second is the chicken house; this was stalled because of cold weather and not wanting to bring day old chicks onto the farm and have to worry about them surviving.  To the many people who ask, “Great chicken house, but where are the chickens?”  The new chicks will arrive on April 1st via US Mail.  There are six varieties all picked because Elaine wanted “pretty” chickens and they are and I’m sure they will lay “pretty.” eggs. 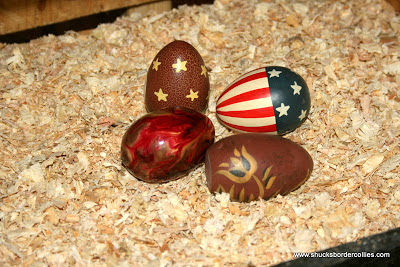 So what is planned for 2013?  There are several projects in the works here on the farm?   The first one is to expand the kennel and make it more efficient and dog friendly.  When we built it, we just had three dogs, so it was set up that way.  Well, as you all know, then there were 4, then 5, then 6, and now you get the picture.  I have contacted several contractors and there are plans in the works and construction should start as soon as the weather breaks in the spring. 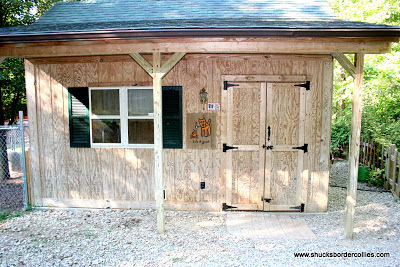 The second project that has started is…I want to be a bee keeper.  I have always been fascinated with honey bees, so now, hopefully that dream will come true.  I have talked and met with several people and even attended a meeting or two, just to see what’s involved, like I need something else to do. 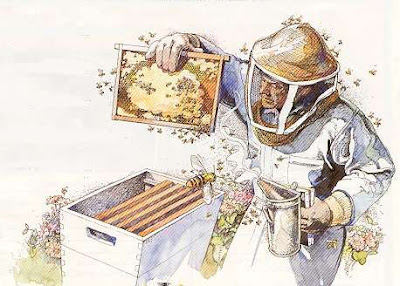 I did ask at one of the meetings, “We have dogs, will this be a problem?”  My answer was oblivious and I gave several people a chuckle.  “The dogs will only sniff the colony once, because the bees will defend their home”  Well in my mind, I was  thinking about Dutchess and her eagerness to get to something or to get to  food.  I might as well get Dutchess a beekeepers hood, just to keep the stinging down to a minimum.  So to all the family members, you’re getting honey for Christmas….Sweet
The next project that is in the works is the “1st Annual Shuck’s Border Collie” Puppy reunion.  It will be in late spring early summer and feature a weekend of puppy and dog fun here on the farm.  It will be free and will include dock diving, swimming for the kids, fishing and many activities for the dogs.  We can have campfires at night and enjoy nature. 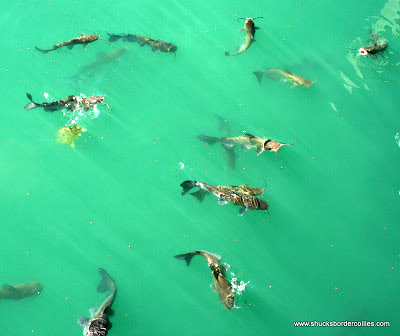 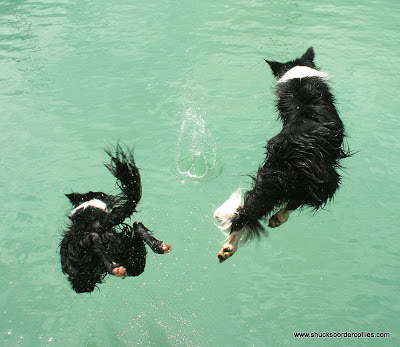 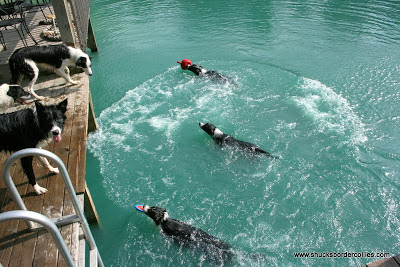 It will be exclusively for our dogs that have grown up or rescued over the years.  It will last the whole weekend and if you want to camp, that’s fine or you can come for the day.  There will be a cookout on Saturday.  More plans to come as they develop.

2012 was a good year despite some problems and setbacks, but hopefully, we became stronger and wiser during that period.  Make 2013 the best year ever for yourself and your dog and remember, the more you do to improve your stance in life the bigger the reward you’ll receive in the long run. 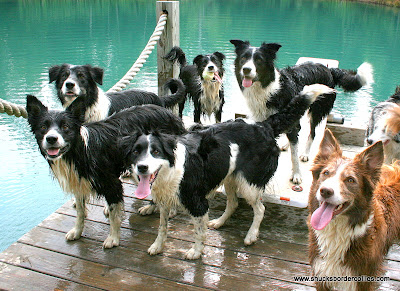 From us to you, Happy New Year, give your dog a hug and make it a great year for them too.  Ken
Posted by Dogwood Ridge Border Collies at 10:56 AM