With the break in the weather, I have been energized to start some of the seasonal chores that occur every spring here at the farm. There are things in the fall that I must do, but most of the startup work happens in the spring and I look forward to getting started. However; it can be a pain in the butt. I will usually put off the things that I really don’t like to do. This year is NO different.
It has become a routine, clean and rake leaves, trim bushes before they start their new growth, cut ornamental grasses down before they start growing and many other things. The dogs always love it because I am outside more and they know they can steal some time from me and my work, which I really don’t mind. 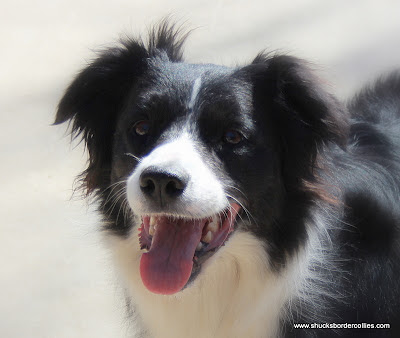 Abbie is the worst for wanting to play and she wants to play every minute, much more than the other dogs. The reason I know this is because she is the only dog that will find “stuff” to bring to me that remotely resembles a ball, you know, looks like, smells like, it has a round shape, usually a smooth surface. So it must be a ball, right? It always happens like this; I am plowing the garden and she comes toward me with something in her mouth and lays it down in front of me, it’s a piece of stick that was part of a root. I continue to plow by her and she will pick it up and move it so I can see it, just in case I didn’t see it the first time, if I ignore her, she will turn circles several times just to get me to look at her. She’s killing me, so full of energy and those pleading eyes, I stop the plow and reach down and grab it, tossing it in the air. Everyone is watching and with excitement, all join in and chase the round shaped stick. Everyone is so excited; we’re playing ball, thanks to Abbie. I do this about a thousand times, but they will all run in front of me making my job a little stressful but I’m careful. The next day I’m at it again and the round stick is nowhere to be found, so we get the next best thing. It’s a plant label that was plowed up, it’s the little thing that comes with a 4 pack of vegetables that will identify the kind of plant it is. 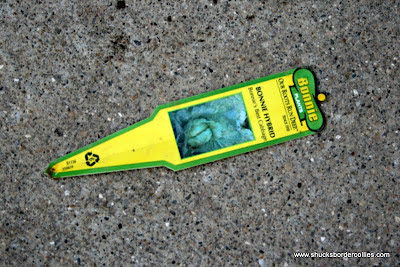 When I saw this, I had to chuckle, but I picked it up and tried to toss it, and it just sputtered a few feet, but they could care less. As happy as they were, you would have thought I had thrown it a hundred feet. Everyone danced and pranced and was having a great time.
It really doesn’t matter what I am doing, as long as it is outside. Today I was cutting the ornamental grasses down with some hedge trimmers. There were no round root type, ball shaped or even a flat vegetable tab. It was just a plain old stick. Again, Abbie was the instigator, I was running the trimmers and she dropped it next to me. I wasn’t paying attention but I saw her right next to my leg. I looked at her and knew she was trying to tell me something so I questioned her, “What, What Girl” she repositioned the stick and then I realized that it was the stick she was moving again and again so I picked it up and threw it. 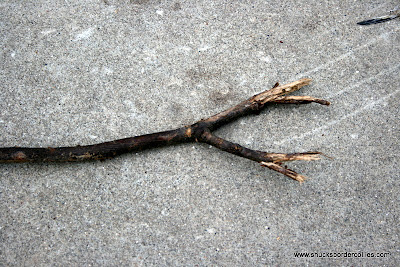 You would have thought I threw a big rare steak the way they all ran. On many occasions she will come to where ever I’m at with just a small piece of tennis ball with a little bit of fuzz on it that was hit with the lawn mower. 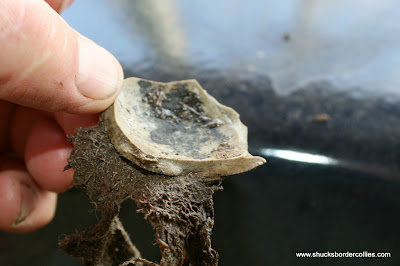 My heart tells me that I have to stop what I’m doing to play a little fetch. They sure love to play, and I’m glad they do. Good girl Abbie, Good Girl...

Several updates next week, just to fill in some blanks...
Follow the dogs on their own Facebook page at "Shuck's Border Collies"

Posted by Dogwood Ridge Border Collies at 8:59 AM